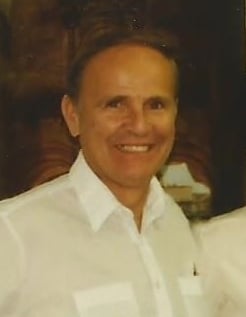 Albert Keller Jr., age 88, went to his home in heaven May 20, 2017. The son of German emigrants, the late Eva and Albert Keller Sr. He was predeceased by his son, the late Robert H. Keller. Albert was always energetic and cheerful. He graduated from Draper High School in Schenectady, New York and Albany Business College. In addition, he studied two years at the New York Conservatory of Music.

During the Korean War he served in the U.S. Army training in the 10th Infantry Division, and served Hq. Co 109th Infantry Reg. 28th Division. Albert loved life and the outdoors, taking his family on many adventures camping, hiking and fishing. In his early thirties, he accepted the Lord Jesus as his Savior while watching a Billy Graham Crusade kneeling and praying in front of the television. From then on, he would begin each day praising the Lord singing “this is the day the Lord has made.” For his family, he restored an 1838, 75-acre farm in Weedsport, New York. Albert worked in accounting at General Electric, General Dynamics, and later with the late Rev. David Wilkerson in the Brooklyn Teen Challenge. In 1971, he moved his family to Florida and worked for Sears, winning many awards including top salesman. He was past president of the Full Gospel Business Men’s Fellowship Pasco Chapter and hosted a Christian radio segment, “The Christian Worker.” His last work was operating an Adult Family Care Home and VA foster home with his wife Edith J. Keller.