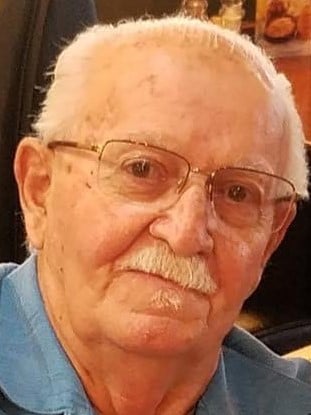 August 6, 1938 – April 4, 2021
Anthony (Tony), 82, born in Manhattan, NY, peacefully passed away on Sunday, April 4, 2021 in Hudson, FL with his loving wife of 29 years, Diane LaBellarte (née Alkema) at his side.
He is survived by his daughters Deborah Wright and Christine LaBellarte, step-son David Curtiss, sister Lorraine Chiapperino, grandchildren Danielle Downey, Christopher Wright and Robert Schomp, great-grandchildren Evan Downey and Gia Downey.
Tony proudly served his country in the US Navy from October 11, 1955 and was Honorably Discharged on October 10, 1961. He served aboard the United States Ship Assurance as a Third Class Petty Officer.
Tony was a butcher by trade, but consistently worked more than one job at a time. He worked as a NYC cab driver, operated an amusement ride in Freedomland in the Bronx, a school bus driver, a gas station and car wash manager, a luncheonette owner, a hot dog truck vendor, he demonstrated and sold women’s cosmetics at home parties, he was a shoe shine boy in front of the Yankee Tavern, and sold peanuts and soda in Yankee Stadium.
Tony loved riding his motorcycles and driving and polishing his many cars. He enjoyed his retirement in Heritage Pines as it was filled with golf games, dancing, travel and great friendships.