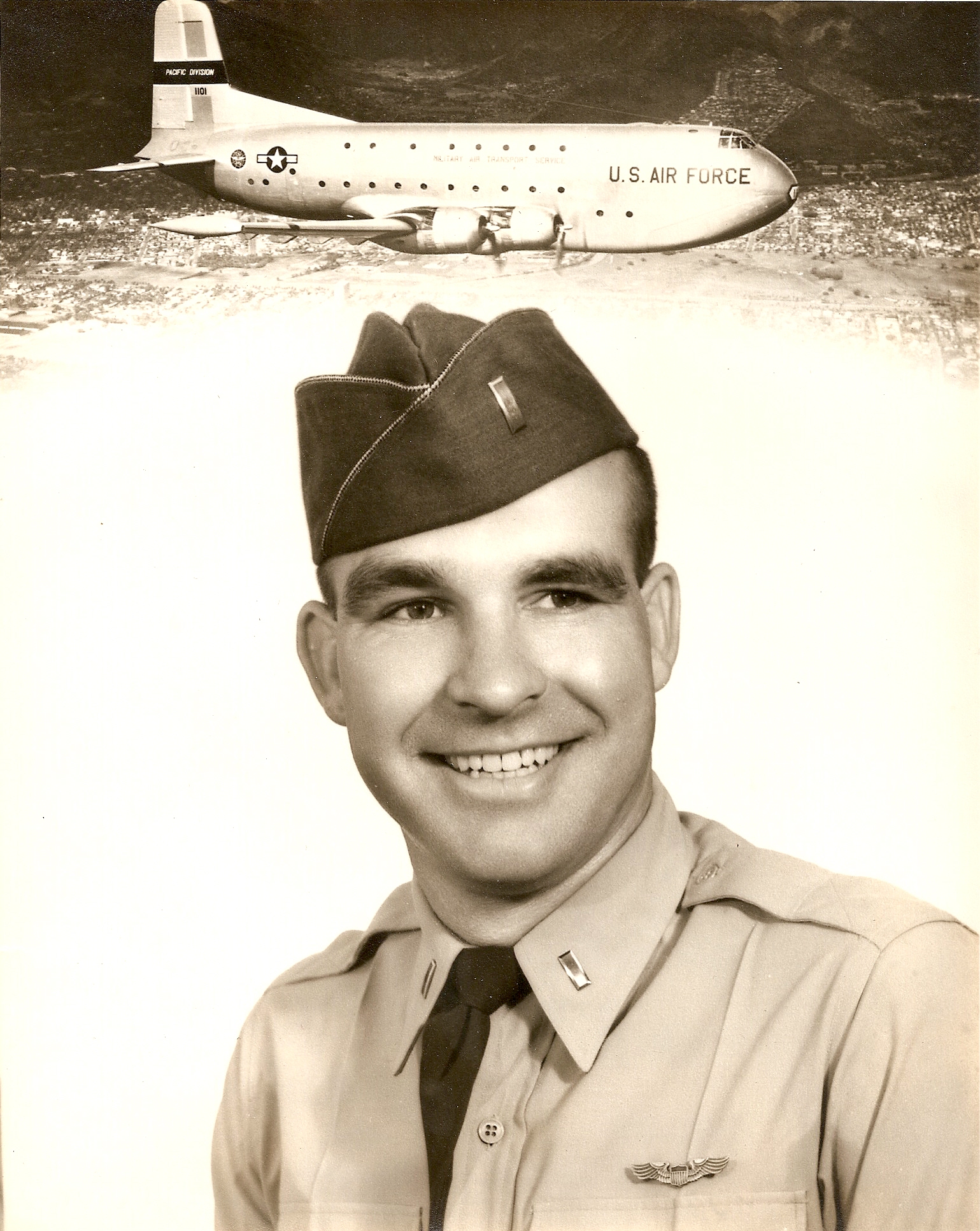 Bobby “Bob” Wayne Stucker, age 88, was born December 24, 1929 to Roscoe “Ross” Samuel Stucker and Jennette Rose Coles on their farm near Higgins, Texas. He was the second child of 8. Early on Monday, July 2, 2018, he passed away peacefully in his home in Georgetown, Texas, surrounded by loved ones, following a brief illness.  He will be buried at the Florida National Cemetery in Bushnell, Florida, beside his wife and the love of his life, Juanita “Nita” Delois Shiflett.

Bob graduated from Higgins High School in May 1948. He attended the University of Houston, Southwestern State College, and West Texas State before joining the USAF in 1951. He was trained and served as a Radio Mechanic before being selected for Aviation Cadet Training. He always had a fascination with airplanes since seeing the first one fly over his family farm as a child. He got his wings in 1954 and was flying C-124’s out of Hawaii when he met Nita who was a USAF Air Evacuation Nurse. They were married in 1956 and received a joint assignment to Robbins AFB, GA.

As a 20 year USAF veteran of the Korean and Vietnam War, Bob rose to the rank of Major flying transports worldwide. The last 3 years in the USAF was with the Special Air Missions Wing at Andrews AFB, MD flying dignitaries from around the free world including Heads of State of 3 foreign countries, two Vice-Presidents, Cabinet Members, Congress Members and high ranking military officers. Following his military retirement, he worked for Allied Signal, Inc. as a Corporate pilot of 7 different types of aircraft and was promoted to fixed wing Chief Pilot in 1980. He retired from Allied Signal in 1989 and then retired to Florida and later Texas. His hobbies included, sewing, woodworking, fishing, traveling, playing dominoes, and he loved country music, old movies and going to Cowboy Church.

Viewing will take place on Tuesday evening at 6 pm, July 10th, and military burial on Wednesday, July 11th  at 1100. Funeral Services are being provided by Michels-Lundquist of New Port Richey, FL.