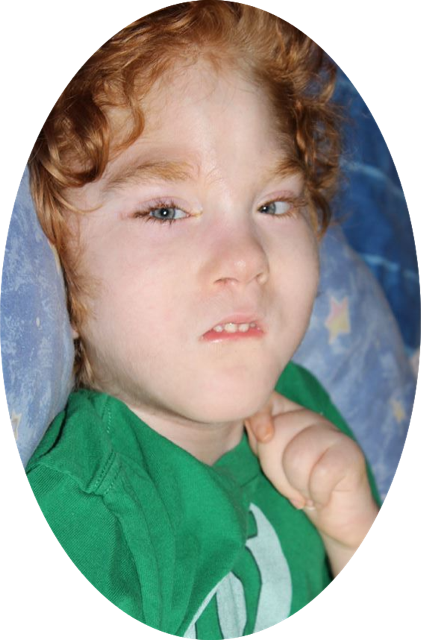 Conner Richard Smith, age 11, of New Port Richey, FL, went to the arms of Jesus August 5, 2017.  He was born January 25, 2006 at All Children’s Hospital in St. Petersburg, FL, with a very rare chromosome disorder.  He was not expected to survive birth but he began beating all the odds from the moment he came into this world, exceeding every timeline his doctors laid out for him.  His family decided quickly that Conner was on his own timeline, that he was making his own rules for his condition.

Conner loved listening to music with his Mere Mere, being read to, and watching movies, but he especially adored his sister’s singing. Conner would beam with excitement when she hit her high notes. His little brother was his favorite playmate and they would often cuddle on the floor with an action figure in each hand making all kinds of noises. Due to his compromised immune system, he was unable to attend school, but his family made sure he didn’t miss out on life.  When he was younger, they traveled often to many destinations; the Panhandle, Orlando, Sarasota, Georgia, Chicago, and California. Conner was fascinated by trees, so hiking through the Redwood Forest was an awesome adventure for him to partake in.  He also enjoyed visiting Disney world, and especially enjoyed seeing the princesses.  They’d always give him a kiss on the cheek, leaving lipstick marks and smiles on Conner’s face.

Conner was a sweet and kind kid. He was special not only to his family but anyone who met him knew they were in the presence of pure love. He shined with love and his love touched everyone around him. The sparkle in his eyes and the light of his smile would warm any room he was in.  He loved to smile and “coo” which was his way of talking.  He is fondly remembered and terribly missed by all who knew him.

Conner is preceded in going home to the Lord by his great grandparents, Richard and Penny Wood.  He is survived by his loving parents, Samantha and Kevin Smith; his sister, Theresa Smith; his brother, Andrew Smith; his grandparents: Leslie Wood, Susan Raynor, and Jonathan Weisman; and his Aunts, Uncles and cousins.

Visitation hours for Conner will be held at Michels & Lundquist Funeral Home on Friday, August 18, 2017 from 4-7pm.  A funeral mass at St. Thomas Aquinas will be held on Saturday, August 19, 2017 at 9:30am, with burial to follow at Meadowlawn Memorial Gardens.