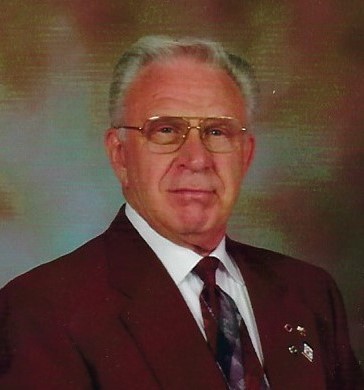 John Daniel Poulter, Sr. passed away July 27, 2017 under the care of HPH Hospice.  Dan was born November 15, 1936 in Chicago, IL to James Allen Poulter and Veronica Ring.  He graduated from Oratory Prep in Summit, NJ in 1955 and attended St. Michael’s College in Vermont.  In 1957, he joined the US Navy and served through 1960.  Soon after, he married his wife, Marie, with whom he has three children.  He spent many years in Montclair and Parsippanny, NJ before moving to New Port Richey Florida in 1996.

Dan was a hardworking man who provided well for his family.  He drove a bus for NJ Transit for 36 years in Maplewood, NJ.  He was the former owner of Par-Troy Pest Control in Parsippanny, NJ.  He would play Santa Claus for his clients with a suit that he owned himself, and later donated to the local fire station.  Dan was also a volunteer fireman with Rainbow Lakes Fire Co. for over 25 years.

Dan was also strong in his faith.  He was 4th degree Knights of Columbus, Assembly #2882 and Color Guard.  He was a member of the Bell Choir, an Extraordinary Eucharist Minister, and an Altar Server.  He attended St. Peter the Apostle in New Jersey and Our Lady Queen of Peace in Florida.

Dan loved to bowl.  He was a member of the Rainbow Lakes and Timber Greens Bowling League.  He loved to help people.  If there was a task you needed a hand with, he was there.  If you needed to find something, he was looking right with you.  If it was in his power to do for you, he would do it.  He was a wonderful husband, father, and friend, and will be fondly remembered by all who knew him.

A mass will be said for Dan at Our Lady Queen of Peace on Saturday, July 29, 2017, at 10am.  Visitation will be held at Norman Dean Home for Services in Denville, NJ on Tuedsay, August 1, 2017 from 5-8pm.  The Funeral Mass will take place the following day, Wednesday, August 2, 2017 at 10am at St. Peter the Apostle in Parsippanny, NJ, followed by burial at Gates of Heaven Cemetery.