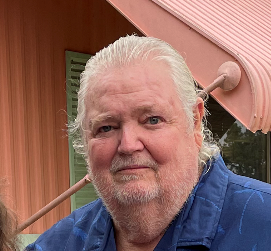 David was the son of Benjamin Heller Brigden and Lois Skeath Brigden who predeceased him. He was also predeceased by his young son David Benjamin Brigden who was killed by a hit and run driver on February 4th, 1987. David is survived by his siblings John Brigden, Ann Jacoby, Nancy Kane, and his granddaughters Sarah Donahue and Catherine Donahue Pasquarello. He will be forever cherished and missed by his loving daughter Rebecca Dale Harrison (James).

David spent the first half of his life in Delaware County, PA. He had a popular Tavern called Fat Daddy’s. He also had a summer home in Sea Isle City, NJ where he loved spending time with family and friends.  After moving to New Port Richey, FL he owned and operated a successful pool cleaning business. He was a proud Veteran of the United States Army who served during the Vietnam War.

David loved to fish, hunt, and ride his Harley Davidson Heritage Softail. David was a people person and had legions of friends wherever he went. And he was a champion of the underdog. He helped the old and forgotten and the young and neglected. His friendship and generosity lifted many people up.

A Celebration of Life will be planned, and details shared at a future date. Burial will be private.