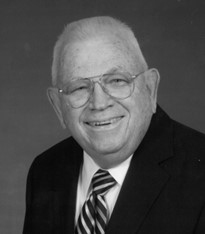 Williams, Richard C. (“Dick”), 92, of New Port Richey, transitioned to heaven on December 24, 2021.  Dick was born on December 8, 1929, in Tampa, Florida, to Joseph and Willie Williams.  He grew up in Tampa, was an Eagle scout, and graduated from Plant High School in 1947 where he was the “sixth man” on the basketball team.  He then attended the University of Florida for his undergraduate studies and law school, where he graduated in June, 1954, choosing to follow in his father’s footsteps.  At his father’s urging, Dick graduated early and was in the last law school class that did not have to take The Florida Bar exam.  While in law school, Dick met a pretty young student, Martha, who became the love of his life.  Dick and Martha were married on June 21, 1953 in Martha’s hometown of Hampton, Florida.

After serving his country in the Army for two years and practicing law for a few years with a firm in Tampa, Dick and Martha moved to the quaint” little town” of New Port Richey in 1959, where Dick became the fifth attorney in town.  After several months of struggling to make ends meet, he was offered a job by local attorney Jim Altman.  When Jim asked Dick when he could start, Dick replied, “How about tomorrow?”.  They practiced together until 1963, when Dick started his own practice in a building he built in downtown across from Orange Lake which is still occupied by his sons today, who also followed his footsteps in the practice of law.  The family practice, a downtown cornerstone, was recognized in 2013 as a 50 year “Hall of Fame” member of the West Pasco Chamber of Commerce.

Dick was a respected attorney and had an active life of service to his profession, his church, and his community.  Dick was appointed City Judge of New Port Richey from 1960-1963, and served as President of the West Pasco Bar Association from 1969-1970.  Dick was a faithful member of the First Baptist Church of New Port Richey for over 60 years, where he served as Chairman of the Board of Trustees and a Sunday school teacher.  He also served and held leadership roles in many local not-for-profit organizations, including the West Pasco Chamber of Commerce, Friends of the New Port Richey Library and Richey Elementary School PTA. In his later years, he volunteered with numerous organizations, including Meals on Wheels and the Lighthouse for the Visually Impaired and Blind.  In 2013, he was honored by the CARES organization with its “Aged to Perfection” award.  Yet perhaps Dick’s favorite community activity was his membership in the New Port Richey Rotary Club, where he was the most senior member, having joined the club in 1959 just months after it was chartered and serving as its President in 1962-1963.  Dick was a three-time Paul Harris Fellow, which the club awarded for his service to the club and the community. Dick and his life truly typified the Rotary motto of “Service Above Self”.

Dick lost Martha in 2018 after 65 years of marriage.  He is survived by a loving family, including his sons, Richard C. Williams, Jr. (Connie) and Samuel J. Williams (Valerie) of New Port Richey; daughter, Martha E Newson (Andy) of Nashville, Tennessee; seven grandchildren, Drew, David, Mattie, Sarah, Conor, Candice and Luke; three great-grandchildren; and a sister, Mary E. Drew of Knoxville, Tennessee.  He was predeceased by a brother, Joseph Williams and a sister, Dorothy Sarver.  In accordance with Dick’s wishes, the family will mourn his passing at a private service at a later date.  Those who wish to remember Dick may make a memorial contribution to the Williams Family Educational Scholarship, Pasco Hernando State College Foundation, 10230 Ridge Road, New Port Richey, Florida 34654, to provide scholarships for needy students.

Dad, we will forever love you and miss you, rest in peace.