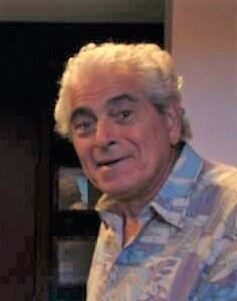 Mesi, Dominic L, 91, of Hudson, passed away peacefully on November 17, 2016 at the Brookwood Assisted Living Facility. Dominic was born on September 25, 1925 in Buffalo, New York. He was the son of the late, Charles and Frances Mesi. Dominic was a true American hero, serving in the United States Army during World War II. He proudly received an Army of Occupation Medal, Asiatic Pacific Campaign Medal, Good Conduct Medal, Phillipines Liberation Medal, World War II Victory Medal, and a Purple Heart.

Dominic later went on to work and retire as a Tour Superintendent for the Buffalo, New York United States Post Office. He would later relocate to Florida in 1989, coming from Buffalo, New York. In his spare time he enjoyed golfing, gardening and spending time with family. Dominic was a lifetime member of the VFW 6251 of Buffalo, New York, a Knight’s of Columbus Honorary member, and member of the National Active and Retired Federal Employee’s Association #1588.

Dominic is survived by his loving wife of 43 years, Susan Mesi; his daughter, Nicole Mesi; sisters, Frances Russo and Marie Coniglio; and numerous nieces and nephews.

A military honors service will take place on Monday, November 28, 2016 at 1:30 pm at the Florida National Cemetery in Bushnell, Florida, where Dominic will be laid to rest with His fellow comrades. In lieu of flowers, the family please asks for donations to be made to Gulfside Hospice.