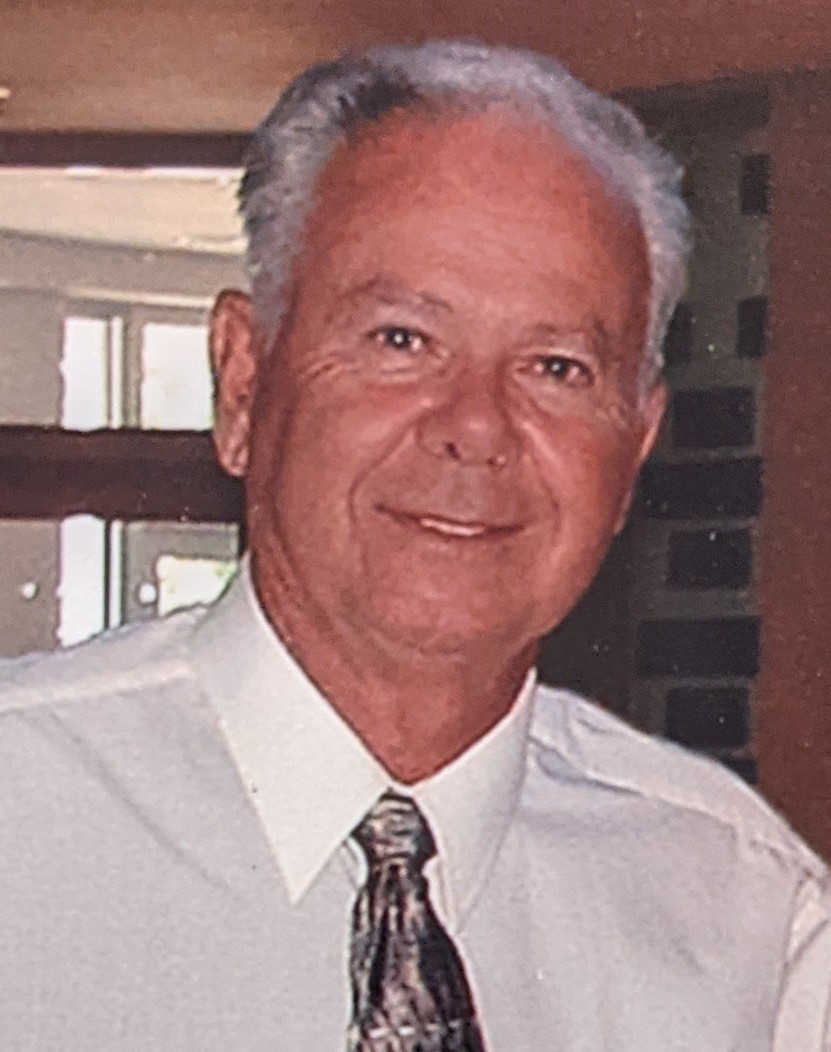 Age 80 of Spring Hill, FL died peacefully at home surrounded by his loving family on Feb. 14, 2021 after a brief but courageous battle with cancer.  He was born Aug. 5, 1940 in Columbus, OH to the late Philip and Rita (Gelhaus) Singer.  Along with his parents, he is preceded in death by his brother Philip and sister-in-law Henrietta, brother Arthur, and step father Doug Nimon, father-in-law Harry Matheny and mother-in-law Winnefred Matheny.  Affectionately known as Eddie to his family and friends, he is survived by his devoted and loving wife Sandy of 59 years, his four children Doug (Cathy), Troy (Michelle), Tamara (Melinda), and Carol, 9 grandchildren, 6 great grandchildren, nieces and nephews.
He spent most of his formative years on the west coast.  Finally settling near San Diego, Ca where he graduated from Point Loma HS in 1958.  During the Summer of the same year, he enlisted in the U.S. Navy.  He proudly served his country with honor in the Submarine Service for 22 years as RMCS(SS).  He was recognized on 11/9/1978 by then Governor Eleanor Grasso, for his military service and commitment to his country.
Shortly after joining the Navy, while on leave visiting his family in Ohio, he met his soon to be wife and love of his life, on a double blind date.  Ed and Sandy were married on 12/9/1961.  While raising his family in N.E. Connecticut, he enjoyed the outdoors, fishing, camping, and boating.  He worked for General Dynamics for 17 years retiring from the Electric Boat Nuclear Submarine Division.  Also, he was active with the United States Coast Guard Auxiliary from 1986-2001.  He was a volunteer firefighter for Plainfield FD and Jewett City FD.  He received lifetime member honors from the Jewett City FD for his unselfish and dedicated service to his community.
As avid boaters, Ed and Sandy fell in love with the Gales Ferry Marina and it’s boating community, creating lifelong friends and fond memories.  He was an integral part of the Marina’s restoration.  He designed and painted the mural in the Marina’s boathouse from a photo he had taken of the marina and it’s entrance to the Thames River.
Eventually, Ed and Sandy became “snowbirds” traveling to Hudson, Florida to escape the Connecticut winters.  After a short stint of the “snowbird” life, they built a home and settled in Spring Hill, Florida.  The “salt life” and sunshine were all they needed to relax and enjoy each other’s company during their golden years.  They met many people over the years and formed a lifetime of friendships.
He could be called upon by a neighbor or a friend to do handyman work.  He was a very talented man from his woodworking skills, to his artistry.  He could create and build anything from a simple photo or from his photographic memory.  His one true hobby was building model wooden boats to scale from a photo, sketch, or from blueprints.  He was a proud member of the Suncoast Ship Model Society.  He built mostly Navy fighter ships, aircraft carriers, and U.S. Coast Guard boats.  He designed and built leisure boats, a 17th century Tall ship, and a steam powered paddle boat Creole Queen.
He was an amazing Husband, Father, Brother, Uncle, and friend.  He will be missed tremendously by those he’s left behind but will live eternally in their hearts and everlasting memories.
Internment with Military Honors will be held at Florida National Cemetery, in Bushnell, Florida on Tuesday, March 9th at 10:30 am.  Please arrive by 10:00 am.
Due to Covid-19 restrictions, facial coverings are required.  Flowers are not permitted during the service but can be sent directly to Michels and Lundquist Funeral Home in New Port Richey, Florida by March 8th.  Memorial contributions can be made in his honor to the HPH Chapters Hospice of Hernando County or to your local VFW.