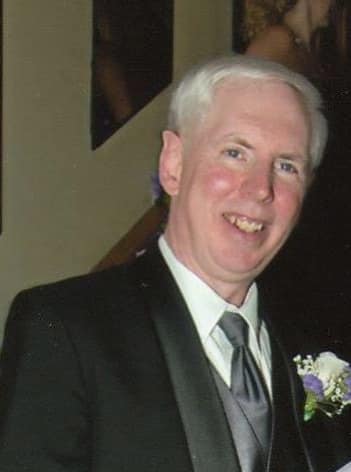 George Henry Cooley Jr. age 59, Passed away October 16, 2022 at the Suncoast Hospice Care Center in Palm Harbor, Florida.  George was born on August 18, 1963 in Cambridge Massachusetts.  Son of George H. Cooley Sr. George worked for the Massachusetts Bay Transportation Authority for 23 years and retired in May of 2021, and decided to move to Tarpon Springs with his wife Laurie A. Cooley (Patrie). George attended Malden Catholic High School in Malden, MA. Class of 1981. After high school he attended Boston College, in Boston, Ma. Where he received his Bachelor’s degree class of 1985.

He had a love for music especially the Beatles, Petula Clark, Kinks, David Bowie, Al Martino, and Andy Williams. He also enjoyed being a member and Vice President of the Waltham Stamp Club.

George first joined the Waltham Stamp Club in 2009 and served as Vice President for several Years. In that capacity George helped run WALPEX and introduced a number of creative programs. George was noted for designing and facilitating philatelic workshops even after he moved to Florida a year and a half ago. George became an avid stamp collector at an early age. He loved the Spellman Museum and particularly the Spellman library where he spent many hours building the philatelic knowledge. George will be greatly missed by his many friends in the philatelic community and particularly by his Waltham Stamp Club family.

George is survived by his wife Laurie A. Cooley (Patrie), brother John P. Cooley and his wife Nilsa of Melrose/Gloucester, MA., George is Stepfather to Jessica Todd and her husband Cody of AL., Cameron D’Entremont and his fiancé Julia Sazo of MA. Papa to AddyFaye Todd of AL. Brother-In-Law to Robert and Sherri Patrie Wilmington, MA., and Steven and Teri Patrie of Lynn, MA. Uncle to Ryan, Kyle, Justin, Timothy, Steven, Andrew, Mathew Patrie.  Close friends George and Linda Boris of Arlington, MA., Janis O’Neill Melrose, MA., and many at the MBTA.