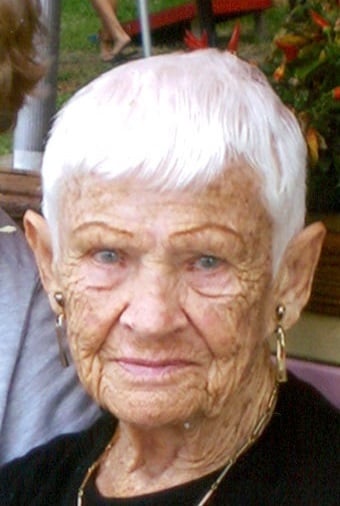 Sparrow, Jane M, 87, of New Port Richey, passed away peacefully on September 8, 2015. Jane was born on May 3, 2015 in Rockville, Connecticut. Her parents were the late, Harry and Margaret Willey. Jane made a living working as a secretary for Etna insurance company and went on to retire. She moved to Florida in 1990 coming from Columbia, Connecticut. She was a member of the Fifth Wheelers of New Port Richey and most enjoyed spending time with her family in her spare time. Jane is predeceased in death by her husband, Joseph Sparrow and granddaughter, Pamela Quiles. She is survived by her loving daughter, Catherine Corneliuson; granddaughter, Christine Rylander, and her son, Evan Rylander; and great-grandchildren, Kayla Daigle, Dana Mazerolle, and James Mazerolle. Jane will be laid peacefully to rest at the Florida National Cemetery in Bushnell, Florida alongside her husband.