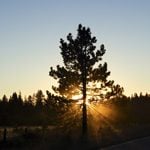 Jeffery (Jeff) Condo 61    9/24/1960-8/6/2022 of Hudson
Jeff was born in Brown City Michigan to the late Robert Condo Sr and Ruth Ann Clarkson on September 24, 1960 as a young adult he traveled often and got to enjoy some of the countries most beautiful places before settling down in New Port Richey Florida where He went on to marry Terry Stanley and together they shared 5 children.
Jeff was very passionate about his work and after trying a few different careers he found his calling as a golf course superintendent, where he devoted his last 27 years. He could make grass grow on stone with the right tools and always made his courses beautiful.
Jeff was the one you could always count on, an amazing Dad and Papa, a true friend, and a hard worker. He will be dearly missed by his friends and family.
Jeff is survived by his Sons Jeffery, and Jeremy; his daughters Terri, and Katie; his grandchildren Joshua, Jeremy Jr, Cody, Colton and Rylee; his Wife Terry; his brothers Bob, and Lyle and many more
He is preceded in death by his parents Robert Dr, and Ruth Ann; His son David; his grandsons Jeffery Jr, and Austin