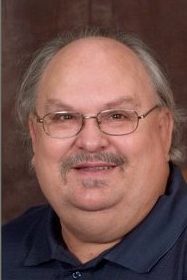 Staff Sergeant James (Jim) W. Fleming, 68, passed away peacefully surrounded by family August 29th, 2021. Jim was a decorated veteran who served in the Vietnam war and spent time severing in the Air Force reserves after active duty.
Jim was born on November 19, 1952 in Findlay, OH to his parents Charles & Dorotha Fleming. At the age of 18, Jim joined the United States Airforce where he would advance in ranks to the position of Crew Chief of the B-52′. He was stationed throughout the U.S. including Guam. He enjoyed being a crew chief. In 1974, Jim met his life partner Shelia whom he loved dearly. After six weeks of dating, they were married on August 24th, 1974. They would go on to base throughout the country as military families do. Jim ended up leaving the Airforce in 1980 to settle his family in Fairborn, OH. Jim and Shelia were blessed with two children James Michael and Tiffany Michele whom they adored. Jim became involved the community starting as a youth football coach with the Fairborn Weehawks, He then would go on to establish the recycling program, served on several of the Fairborn Community boards, and end up being elected to the City Council in 1994.
When he was not helping in the community, he was spending time with his family. He enjoyed cheering on his son on the football field or watching his daughter perform with the color guard with the Fairborn Marching band. He enjoyed traveling with his wife or just watching the Sunday Nascar race or his Ohio State Buckeyes. Jim and Shelia ended up moving to Florida in 2000, where they both loved walks on the beach or just relaxing by the pool.
Jim lost Shelia in 2004 and mourned her deeply. The love of his grandchildren Alexis and Dylan became the focus of his life. He never missed a football game or cheer competition of theirs. We can still hear him cheering them on from the sidelines.
Jim was a loving son, brother, husband, dad, grandfather and a brave and honorable soldier. He is survived by his son, James Michael Fleming and daughter-in-law Hilary, daughter Tiffany Michele Baker, granddaughter Alexis Baker and grandson Dylan Baker. Along with his immediate family he survived by sister Sue Fleming, brother Jerry Fleming (Monica), brother Gary Fleming, sister Melissa Lyon (Terri), sister Bonnie Boyles (John), sister Connie Girdler (Dean), and brother Roger Fleming along numerous nieces and nephews. Jim is preceded in death by his wife Shelia Fleming, parents Charles & Dorotha Fleming, brothers Charles Fleming and Robert Fleming.
There will be a graveside service held at Bay Pines National Cemetery in St. Petersburg, FL time and date to be determined. The Fleming family welcomes any and all stories, photos, and memories that Jim’s friends and colleagues would like to offer. A Celebration of Life will be held in Findlay, OH for family and close friends. Please contact his son Michael for more details. In lieu of flowers please visit the family fundraiser on Treasured Memories.