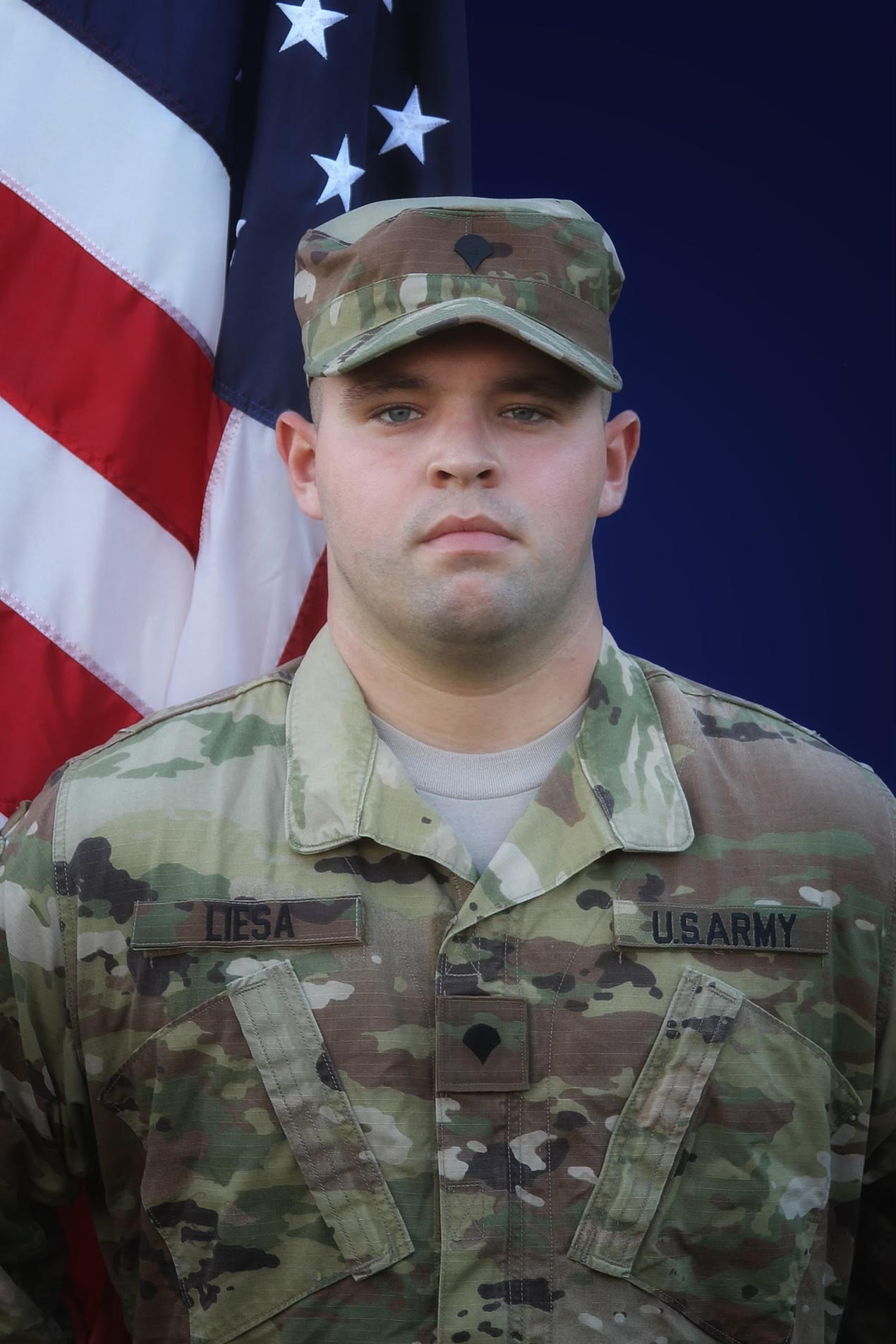 Specialist John Liesa, age 26, died Monday at his home in Maryland. John is survived by his daughter Ava who he adored. John served honorably as a soldier in the United States Army, where he was serving in his second enlistment after having completed an overseas tour in Korea. John was immensely proud of his military service, and often expressed his gratitude at the opportunity it provided him to serve a larger purpose and honor those who preceded him, as well as to provide a better future for his daughter.