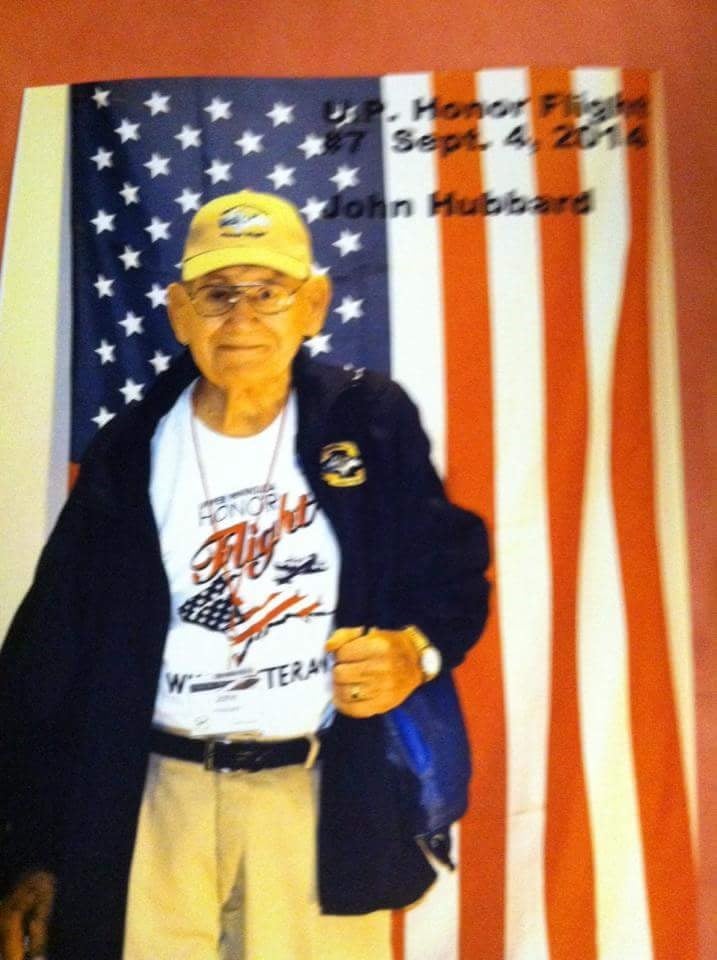 John K. Hubbard C.P.A. of Marquette, Michigan died Sunday December 4, 2016 at his winter residence in Clearwater, Florida at the age of 90.  He was surrounded by his family- his wife, Barbara Chilson Hubbard, his son- John K. Hubbard Jr. (Jack), his daughters-Jamie Mick and Dee Hubbard, and two of his grandchildren-Luke Hubbard and John K. Hubbard III (Logger).  He would tell you that he had a nice life, a great family, and good friends.  Dad started out life on June 14, 1926 in the South Side of Chicago and remembered well being hungry during the Great Depression.  He joined the Army Air Corp, became a tail gunner on B17’s and A26’s, and was with the first occupational troops outside Nagasaki, Japan after the Bomb was dropped.  He became fluent in Japanese. A few years later, he was recalled during the Korean conflict. When he returned to the States after WWII he began an education, starting at Ferris State College and then graduating with a degree in accounting from Denver University in Denver, Colorado. While in college, one evening in a movie theater, he stepped on the foot of a pretty girl from Grand Marais, Michigan.  He married her a few months later and that union lasted over 68 years. Their marriage produced 4 children-DeeLynn, Jack (Aleta), Scott(Kenlyn Hubbard-Tillotson), and Jamie(Rod Mick), eventually followed by 9 grandchildren-Logger(Kylene) Hubbard, Luke (Laura) Hubbard, and Sarah Hubbard LaBelle(Corey); Katherine, Kristie, and Lilli Khatibi; Charlie, Kenny, and Michael Hubbard; 4 great grandchildren-Luke Hubbard Jr., Emma Hubbard, Wyatt Hubbard, Asher LaBelle, with another great granddaughter LaBelle expected in early March.  Dad had so little growing up that as he became educated and secure, he began a lifelong involvement in charitable activities, with the thought that “to whom much is given, much is expected.”  He was past president of the Marquette Jaycees, a life member of the Elks, a happy chicken BarBQer with the Kiwanis, a 20 yr member of the Board of the Salvation Army, a 32nd degree Mason, a Shriner’s clown, Past Patron of the Order of the Eastern Star in Marquette, past president of the MSHS booster club, and a member of the development committee which built Sundara House.  Professionally, he practiced accounting as the managing partner of Hubbard and Wendt, C.P.A.’s in Marquette, Michigan and continued to maintain his license and do tax returns and accounting until this past summer.  He loved to hunt, fish, bowl, golf, and played regularly in a poker group.

If you would like to honor him, he would ask you to look around you and find someplace or someone in your community to help, and above all, “to be a giver, not a taker.” Thanks, Dad!  We’ll miss you!

Services with military and Masonic honors are scheduled for Saturday December 10, 2016 at 2 p.m. in the Grand Marais Methodist Church, with viewing at 1 p.m.