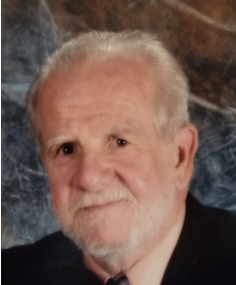 Joseph Loren Colt, born in Groton Massachusetts, 74, of New Port Richey, passed away Friday November 4, 2022, at home surrounded by family. He was the son of Lester and Agnes.

He was a mechanic in Billerica Massachusetts before retiring to Florida and becoming everyone’s “Handyman”. He loved spending time with friends and family on cruises (some lucky enough to be life-long members of the #1 Jerk Fan Club). He put his mark on the world with his mastercraftmanship whether it be building a car, tiling a floor, or creating magical Christmas treats (though he was lovingly referred to as the Grinch). In his youth he was an avid member of the Boy Scouts of America achieving the highest rank of Eagle Scout. He graduated from Groton High School and continued his education at Wentworth Institute of Technology.

There will be a celebration of his life Saturday November 12 th at 10:00 AM at 11705 Zircon Lane, Port Richey, Florida. For his friends and family in Massachusetts and New Hampshire there will be a second one at a later date.

In lieu of flowers please consider a donation in his name to the Boy Scouts of America at https://donations.scouting.org/