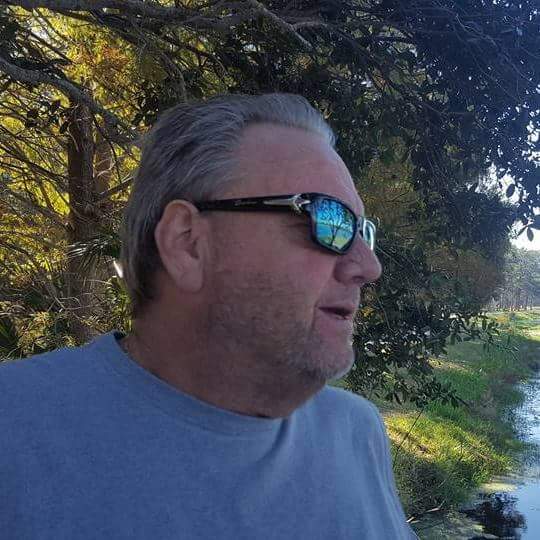 Kenneth John Sherman, 60, of Largo, passed away suddenly May 15, 2017.  Ken was born in Luton, Bedfordshire, England on January 9, 1957.  He came to the States in March of 1957.  His family would live in Chicago, IL for many years before eventually returning to England.  He and attended high school in Lakenheath, and to this day is a proud Lakenheath Lancer.  In 1976, he traveled to Columbus, MS where he met the love of his life, Kimberly.  They married a year later shortly after he joined the US Air Force.  They moved around often, but spent many years raising their family in New Orleans, LA.  In 2004, Ken and his family settled in Largo, FL.

Ken spent his working years as a salesman, and was very proud of it.  He could “Sell ice to an Eskimo” as he liked to say.  In his spare time, Ken loved anything Chicago sports related, (except for the Cubs), and watching Westerns or old black and white movies.  Music was one of the biggest parts of his life.  He could tell you exactly where he was and what he was doing the first time he heard a song.  Above all, though, he valued his family and his friends.

Ken is survived by his devoted wife of 40 years, Kim; his mother, Cecilia Clark; his son, Nicholas (Krystal); his daughter, Heather; his brothers: Wayne (Mary), David (Dollyne), and Jim (Linny); his sister, Michele (Lamont) Poston; and so many more loving family members and dear friends.

Visiting hours for Ken will be held at Anona United Methodist Church on Saturday, May 20, 2017 from 9:30-11am.  Viewing time will be from 9:30-10am only.  The casket will be closed at 10am, but visitation with family and friends will continue until 11am.  A service will follow at that time, including military honors.

The loss of Ken has come suddenly.  In lieu of flowers, please consider making a contribution to a fund that has been created in Ken’s honor to help his loving wife and family move forward through this very difficult time.  Please click here to show them your love and support.