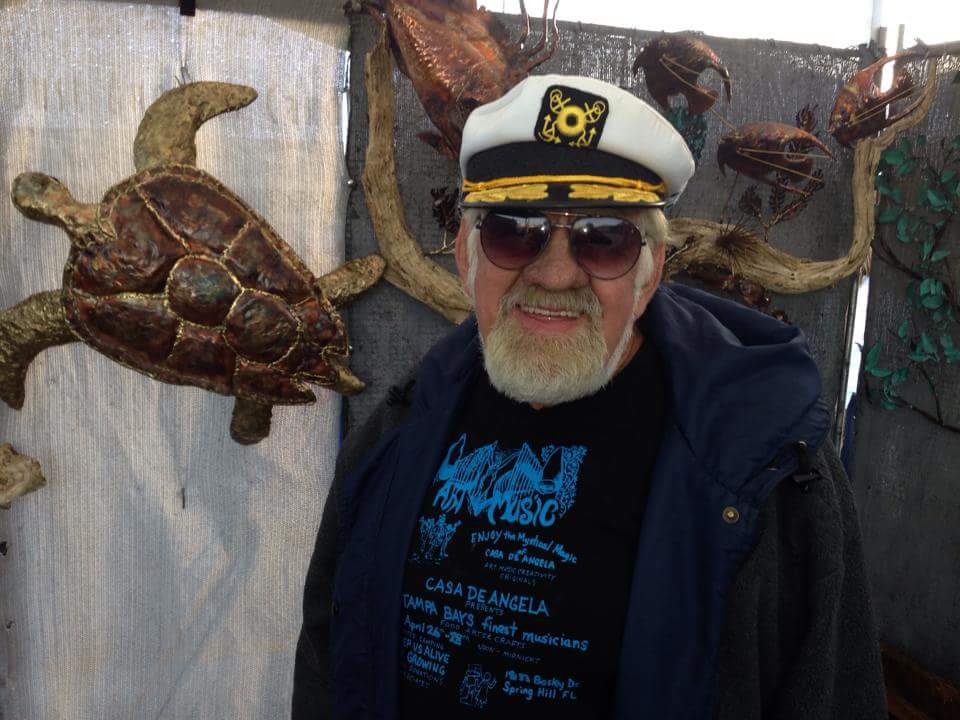 Larry was a well known metal sculptor whose art was collected by people all over the country and world and whose work was commissioned by well known establishments. One of his better known commissions was for the Seasons Resort in Vail, Colorado, which commissioned him to sculpt four 10/12-foot tall Indians that were placed in their courtyard near the entrance of the resort.

He was born in Tampa on July 27, 1940 to Vincent “Yale” and Helen Lynwood Whidden. Larry graduated from Plant High School in 1958. He attended the University of Tampa where he studied Political Science. He later went on to work for Aircraft Services at Tampa International Airport. He began to pursue art and became a self taught metal sculptor after a tragedy in Mexico that took the life of his sister-in-law in 1973.

Larry received numerous acknowledgments in newspapers and magazines for his work and won many awards for his art throughout his career.He was a member of the Pasco and Hernando Fine Arts Council. Larry founded the Masaryktown Art Festival, the Crews Lake Art Festival, the Aripeka Arts Festival, and Art in the Park in Brooksville.

He also hosted musical and art events at his home, located at 18133 Bosley Drive in Spring Hill, where he sustained an art community with various well known artists and musicians visiting through the years.

Larry was a road and bridge commissioner for Highland Meadows in Pasco County through the late 1970s and early 80s. He was appointed by the governor to help clean up the corruption going on during his years in the office, along with a long time friend who held office with him.

Larry had a hard core work ethic. His art was his passion and enveloped every aspect of his life. He inspired many and taught several apprentices the art of sculpting. He was loved by all who knew him well. He always tried to make a difference in people’s lives and tried to pass on his wisdom whenever possible.

Larry loved the water and especially liked to sail when he had the time. He was an avid reader and studied numerous philosophies and world religions. Larry also had traveled many times to Mexico in his younger years .

A memorial service and party to celebrate his life will be held Saturday, April 7 at 3:30 pm for friends and family and members of “Casa De Angela,” his home located at 18133 Bosley Dr. in Spring Hill.