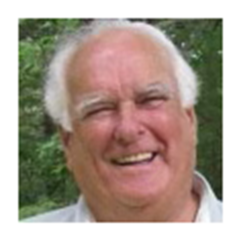 Lawrence R. Clockedile, age 90, of Hudson, FL formerly from Auburn, MA passed away December 19, 2021. He was born on July 22, 1931, in Paxton, MA to Leroy and Marion Clockedile. He served proudly in the US Army during the Korean War. Lawrence was very enterprising, owning and running many businesses. Most notably, he owned L.T. Garage for over 20 years. He came to Florida in 1991 with his wife, Gloria. They both drove school buses for a time. He retired at the age of 75.

Lawrence was a big teddy bear of a man and to Gloria, his Great Dane. He was quiet and gentle, a loving husband and father. He was quick with his dry one-liners and was a real man’s man. He had a pilot’s license, was an avid golfer, loved to fish and boat, and adored classic cars and motorcycles. He was a past Kiwanis president and was active with the Auburn Elks Lodge 2118.

Lawrence is preceded in death by his parents, several siblings, and Kenneth Kudron. He is survived by his wife, Gloria, whom he spent 42 years with; children: Lawrence R. Clockedile, Jr, Randall Clockedile, Leslie Sneade, Valerie Lombardo and Roland Kudron, Jr, Karen LaRochelle, and Jill Sigismondi; brother, Arthur Clockedile; and many grand and great grandchildren.

Lawrence will be laid to rest at Florida National Cemetery with honors at a later date.