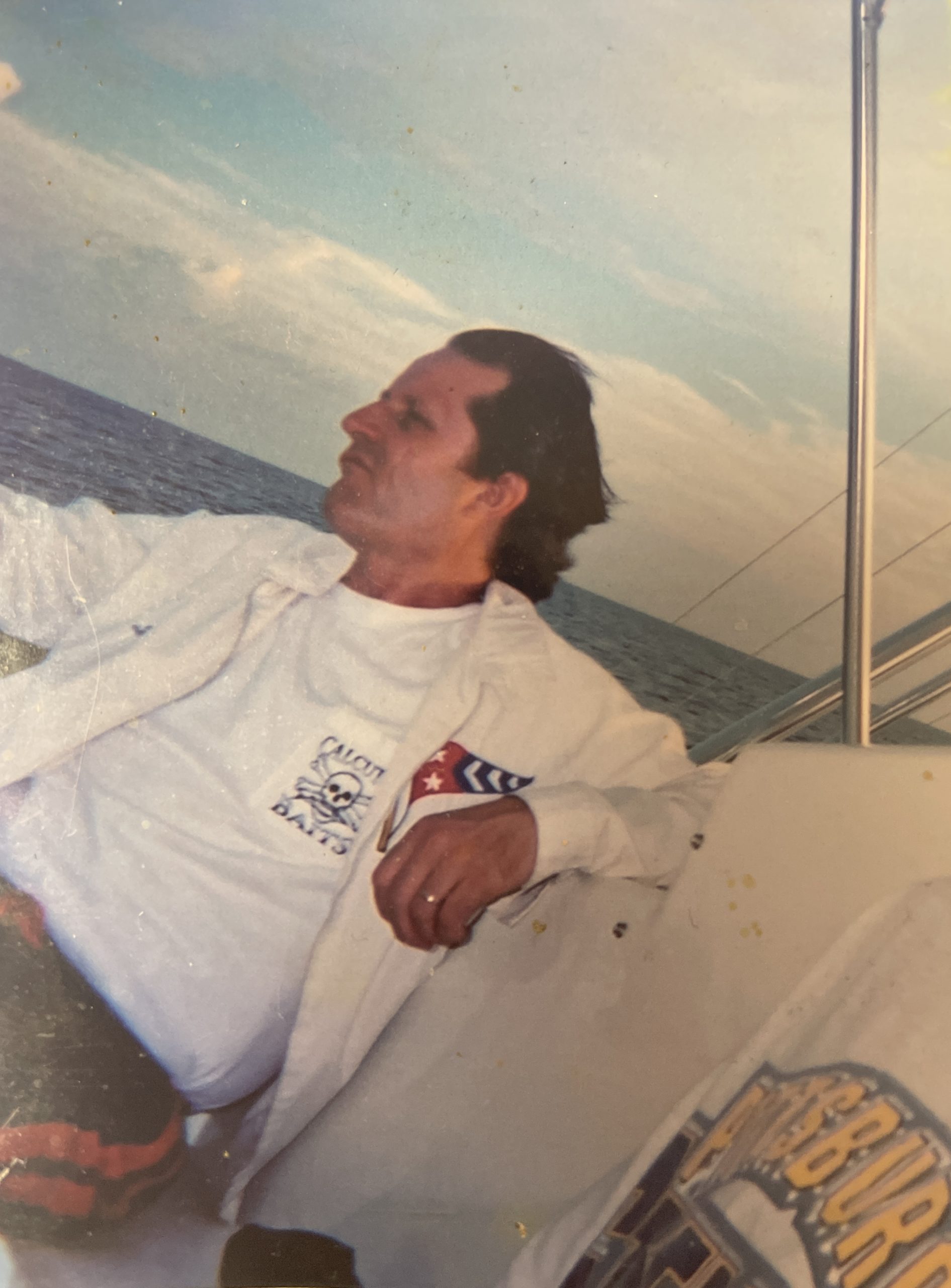 Lester “Larry” Albert III, 74, of New Port Richey, FL, passed away from complications due to stage 5 kidney disease on July 6, 2022 at HCA Florida Trinity Hospital. Larry passed peacefully as his brother played Bob Dylan, “I Shall Be Released” at his bedside.

Born in Susquehanna, PA and raised in Syracuse, NT and Ramsey, NJ, he graduated from Ramsey High School in New Jersey. He went on to earn his Bachelor’s Degree in English from Penn State University. Larry Considered himself a writer first and foremost. He wrote poetry his entire life. He also had freelance articles published and had shifted his focus to short, one act plays in his later life, having one play, Two Letters to Emily, produced by the Gulfport Community Players. A self described free spirit, Larry required a variety of jobs and occupations in order to secure the legal tender to support his avocation. From construction worker, campus ambulance driver, cable tv sales, his own business, Don Juan Imports, AAA membership representative, Dan’s Fans, and lastly supervisor of TLC Wheelchair Transport. Larry truly was one of a kind. Like one of his writer heroes, Jack Kerouac, he frequented Beaux Arts in Pinellas Park in the 70s and 80s. He played in the K-Swiss Tennis League in the 90s and 2000s. He loved Muhammad Ali and close 4th quarter football games, always rooting for overtime.

Larry was a sensitive soul. He loved his family and his pets. Many of his poems and other writings were based on his experiences with family, friends, dogs, cats and even a fish! His apartment was a gigantic collage. A Salvador Dali plastered with photos of his beloved mother, whom he cared for and his cat. An old unfinished portrait of George Washington, somehow obtained from his grandparents home, surrounded by photos of aunts and uncles and cousins. The ghosts of man’s best friend peer down from every possible angle. This writer and his wife are seen on every wall and Bob Dylan’s image is prominent throughout. On the bookshelf, Herman Hesse snuggles up against Dylan Thomas with Edward Albee lying beside them. To enter that apartment was to enter Larry’s life and loves.

Larry is survived by his mother, Vermell Albert, and cat, Little Kitty. He is also survived by his brother; Richard “Rick” Albert an sister-in-law; Ikue Albert. He was preceded in death by his father, Lester Albert Jr., and his canine sons, Little and Freeway.

A small family memorial will be held in the future at a place and date to be determined. Memorial donations can be made in Larry’s honor to the SPCA of New Port Richey located at 7734 Congress St. New Port Richey, FL 34653 or by calling 727-849-1048.