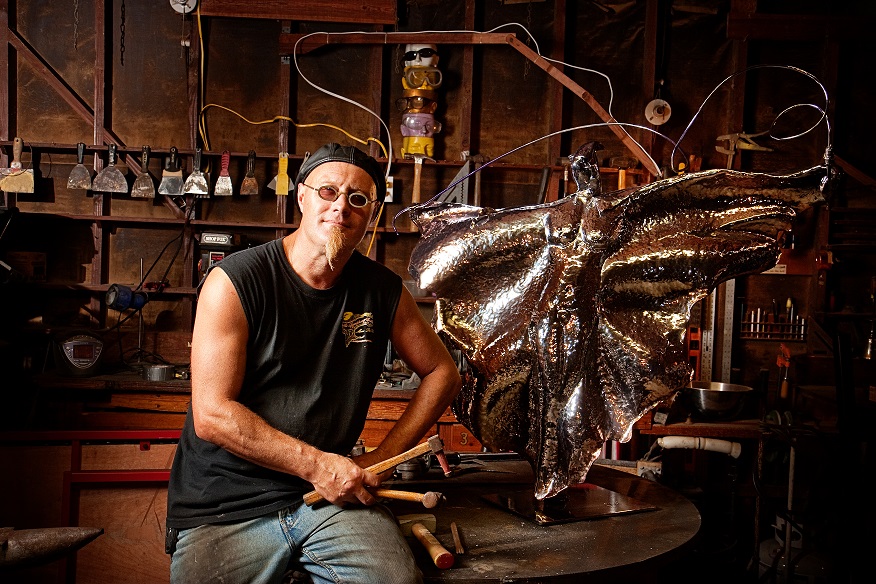 World renowned Master Artist, Marc Gerard De Waele, 56, passed away peacefully in his sleep at home in New Port Richey, May 21, 2018. He is survived by his devoted wife of 13 years, Jill Oliver De Waele.  He is also survived by his mother Erna De Vriendt, his father Romaan De Waele, his daughter Livina Bradt, and his siblings Conny and Kurt De Waele, all of Belgium.  Marc also leaves behind many close and dear friends throughout the United States and Europe.

Everything about Marc was kind, energetic and enthusiastic.  He had an infectious personality and unique laughter – his love of art, his love of his family and friends, his dog Matilda and cat Sphynxka; there were no strangers in Marc’s life.  Meeting Marc, one felt they had a friend for life. His artwork expressed his huge personality.  He said of his work, “My inspiration for my (work) captures emotion, feeling and atmosphere.” The art historian, Dr. Jean-Pierre De Bruyn, introduced Marc’s work and style as ‘Realisme Santastique’.

Marc was a highly educated artist in the classical style at the finest art institutes in Europe.  His education and later his work covered all art genres.  He studied at the Academy of Fine Arts in Eeklo, Belgium under many of the most renowned artists in the world.  He later was accepted to the prestigious Meylemans Superior Institute for Decoration, Antwerp, Belgium where he studied trompe l’oeil, specialty decoration, marble and wood painting techniques, graduating with distinguished honors and 2 silver medals.  His work was of a skill level to gain the honor of ‘Master Painter’ and his work immediately gained widespread European recognition. From 1984-1987 Marc was commissioned by the Royal Palace in Brussels, Belgium to restore many of their paintings and the palace interior.  Marc held many exhibitions where his work consistently sold out. He was commissioned to design a number of murals throughout Europe. His work can be viewed at the Munchen Museum of Art in Germany as well as the many urban spaces featuring his artistic talent.

In 1999, Marc immigrated to the United States and settled in Florida.  In 2002 he restored the marble statues on the Bok Tower in Lake Wales. In 2008 he won the ArtLoud Competition sponsored by the City of Tampa.   Pepsi Cola has a sculpture of his displayed at their headquarters in New York.   His painting ‘God Bless America’ is housed at the Metropolitan Museum of Art in New York City. Numerous private residences and businesses around the world are proud to own Marc’s work which covers his wide range of abilities as a sculptor, painter and creator of architectural works.  Most recently he has enjoyed creating a varied multitude of metal sculptures. Another creative outlet Marc enjoyed was as an amazing drummer. Additional information is available on

Marc’s family and friends want to support Marc’s love of the arts. A memorial fund in Marc’s name has been set up to benefit The Tampa Bay Arts Bridge Fund.  The TBAB fund benefits multiple arts, just as Marc’s passions bridged a multitude of the arts.  Donations may be given on line at http://www.cftampabay.org/dewaele/