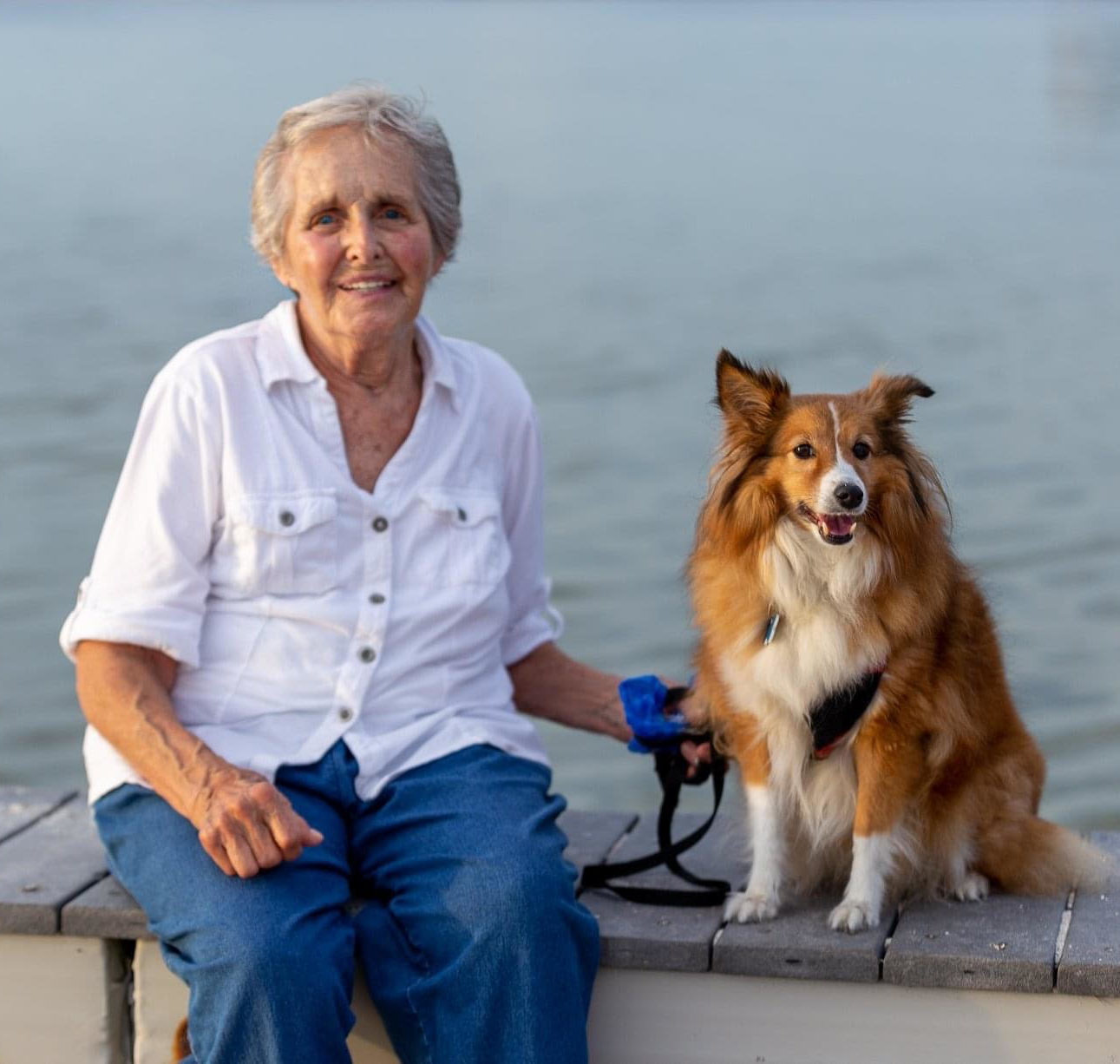 Mary Anne Saathoff, 89, of Palm Harbor, Florida, passed away on June 2, 2022. She was born March 15, 1933, in Kansas City, Missouri where she graduated from Bishop Hogan High School in 1950. She moved, with her family, to Florida in 1974 after residing in several different places, most recently Texas, Oklahoma and Minnesota.

In 1955, Mary Anne married her husband Dick, who was a United States Air Force Fighter Pilot. This gave them the opportunity to live on various military bases, including at Laredo, Texas, Chambley, France, and Bitburg, Germany. During her time in Kansas City, Mary Anne was employed by Trans World Airlines. She worked in the Records Management office for the City of Dunedin City Clerk’s office in Dunedin, Florida from 1978, until she retired in 1995.

For several years during her retirement Mary Anne, with husband Dick, volunteered for the Black Hills National Forest Service in Custer, South Dakota, near Mount Rushmore. One of their responsibilities was to clear the hiking and horseback riding trails from fallen trees and other heavy debris that had accumulated during the harsh and brutal winters, in order to prepare for the upcoming summer season.   Mary Anne was also proud to have volunteered her time to work with  kindergarten classes at Cypress Woods Elementary School in Palm Harbor, Florida,  as well as in the Emergency Room Lobby at Mease Countryside Hospital in Safety Harbor, Florida.

In addition to her continued travel with Dick, a favorite of Mary Anne’s was spending time with her grandchildren. She eagerly attended their sporting, cheerleading, and running events; and she took them to various places like The Florida Aquarium, movie theaters, Tampa Bay Downs, and the family-favorite annual Thanksgiving Day Turkey Trot.  Mary Anne was a life-long, avid runner, and she was proud to have passed along that love of running to many of her children and grandchildren.  She will be greatly missed by all her family and friends.

The family would like to mention that, while traditional black funeral attire is certainly acceptable, attendees are encouraged to wear bright, happy colors. Mary Anne was a beautiful soul who shared her enjoyment of life, and a “can-do” attitude with all of her family and friends.  They wish to honor the many ways in which she colored the lives of all who knew her.

The family of Mary Anne Saathoff has requested the funeral Mass be livestreamed.  Below is the link that can be shared with family and friends that can not attend the funeral in person.

In lieu of flowers, the family requests donations be sent to Espiritu Santo Catholic Church, a law enforcement organization, or any charity of your choice. (Mary Anne’s favorite charity was Suncoast Animal League. Donations can be sent to them at the following website: http://suncoastanimalleague.org/get-involved/make-a-donation/)