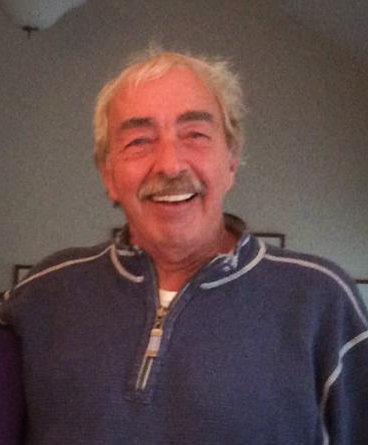 Hudson, FL.-Michael Fournier 62, passed away Sunday, March 5 in Hudson Florida. He was born on May 20, 1954 in Lewiston, Maine the eldest son of Laurier (Larry) and Elizabeth (Liz) Fournier. Michael graduated from Lewiston High School in 1972 and the University of Connecticut with a BA in Communications and Marketing in 1976. Upon graduation he went into Real Estate working for Floyd Ray Realty. In 1980 he purchased Paperworks, a stationary and gift store in the Tontine Mall on Maine street in Brunswick. He quickly grew that business into two more stores: The Works and The Mix in a two story building also on Main Street in Brunswick. He later opened Co/Op a contemporary off price clothing store in Bath followed by two other branches in Freeport and Topsham. All his stores were very unique and had a tremendous following from many in the Mid Coast and Central Maine areas. After 30 years in the retail industry Michael closed the last of his stores in 2014. Michael lived for a year in St. Kits before retiring and finding his way to Hudson, Florida.

Michael lived in Harpswell for most of his adult life. He was a contributor and volunteer for many years at the Brunswick Music Theater.

Michael possessed a love of music, enjoyed reading, traveled extensively and had a deep appreciation of family, friends and life.

Michael is survived by a brother Thomas and his wife Nancy. Two nephews Ben and Jon Fournier, his soul mate Michelle Therrien, many special Aunts and Uncles and beloved cousins, especially Cherie Downing of Minot and Barb Nichols of Winslow. Also many dear friends from Club Wildwood in Florida.

You are invited to offer condolences and pay tribute to Michael’s life by visiting his guest book at www.thefortingrouplewiston.com

Fournier, Michael 62, of Hudson FL. Died Sunday March 5, at his home. A memorial Service will be held later in the spring. In lieu of flowers the family request you make a donation to the American Diabetes Association P.O. Box 15829 Arlington, VA  22215www.diabetes.org. Arrangements are under the care of The Fortin Group Funeral Home, Cremation & Monument Services 70 Horton St. Lewiston 784-4584.