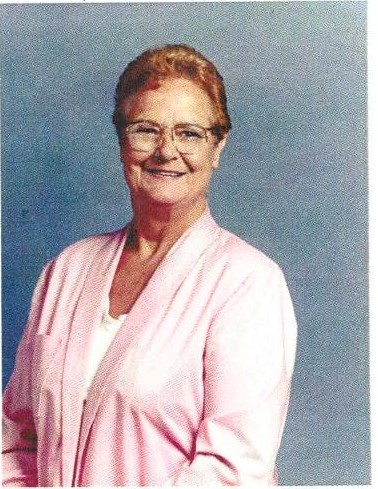 Nancy Rose Ruffer, youngest daughter of Joseph and Marion Burk, died peacefully in her sleep in the early hours of Saturday, September 30th, 2017, in her home at Windsor Woods in Hudson, Florida. Born on the second day of December 1931, she graduated from Saint Veronica School in East Detroit, Michigan in 1949, and enrolled in Michigan Normal College (now Eastern Michigan University) thereafter, competing a Bachelor’s Degree in English.  While teaching at Center Line High School, she met Clon John Ruffer, also a teacher there; their first date was at a high school football game. Their marriage on April 14, 1955 lasted 54 years until his passing in 2009, and was blessed with five adoring children: Robert (of Ira, MI), John (of Hudson, FL), Nick (of Livonia, MI), Cheryl (of Canton, GA), and Julie (of Marietta, GA).  In addition to their children, she is survived by one sister (Katherine Sobieski, of Naples, FL) and eight grandchildren.

Nancy lived a life of serving others every day of her life, from teaching children in public schools, to raising her own, and eventually care giving for her husband late in his life.  She volunteered at the Hospice Thrift Store, distributed food to the needy through the Shares program at the Hudson Methodist Church, and served on the Board for Hudson Water Works for nearly 35 years.  Having endured early childhood through the Great Depression, she never took anything she had for granted, and was always careful to share what she had with those whose need was greatest.  Let there be no doubt: when she met her Maker on that fateful morning, she heard Him say, “Well done, my good and faithful servant.”  She will be missed deeply by her children, her extended family, her friends, and the community.