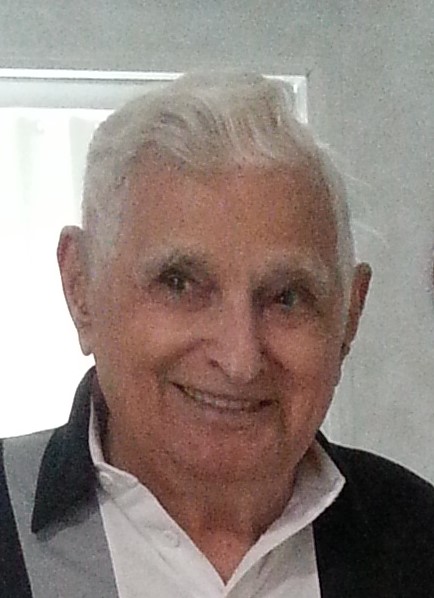 Paul was born in Central City, Pennsylvania to George and Katherine Hancher (NeeKutza) on March 7, 1922. He attended Shade Township High School. He married Betty Lorraine Belle Sipe, his childhood sweetheart, on March 19, 1943 in Baltimore, Maryland. They were married nearly 70 years when Betty passed away in late 2012.

Paul was a veteran of World War II and landed with the D-Day forces on the beach at Normandy. He served in the Army, the 83rd Infantry Battalion, C Company, and earned five battle stars including the Battle of the Bulge (Ardennes) and the Alsace/ Lorraine. Paul’s family is very proud of his service, and loved hearing him talk about his experiences. He kept up with his Army brothers in the 83rd, attending annual reunions until 2012. He worked as a brewer in Baltimore for the Gunther, Hamm and Carling Breweries for more than thirty years.

In his church, Rose of Lima Parish in Baltimore, he was involved in the Holy Name Society and Knights of Columbus. He was a faithful member of the American Legion, Keystone Chapter, and received a Certificate of Honor for sixty years of continuous membership. He was an avid squae-dancer and round-dancer who presented polished and graceful performances with his partner, Betty.

In lieu of flowers, the family requests donations be made to HPH Hospice.