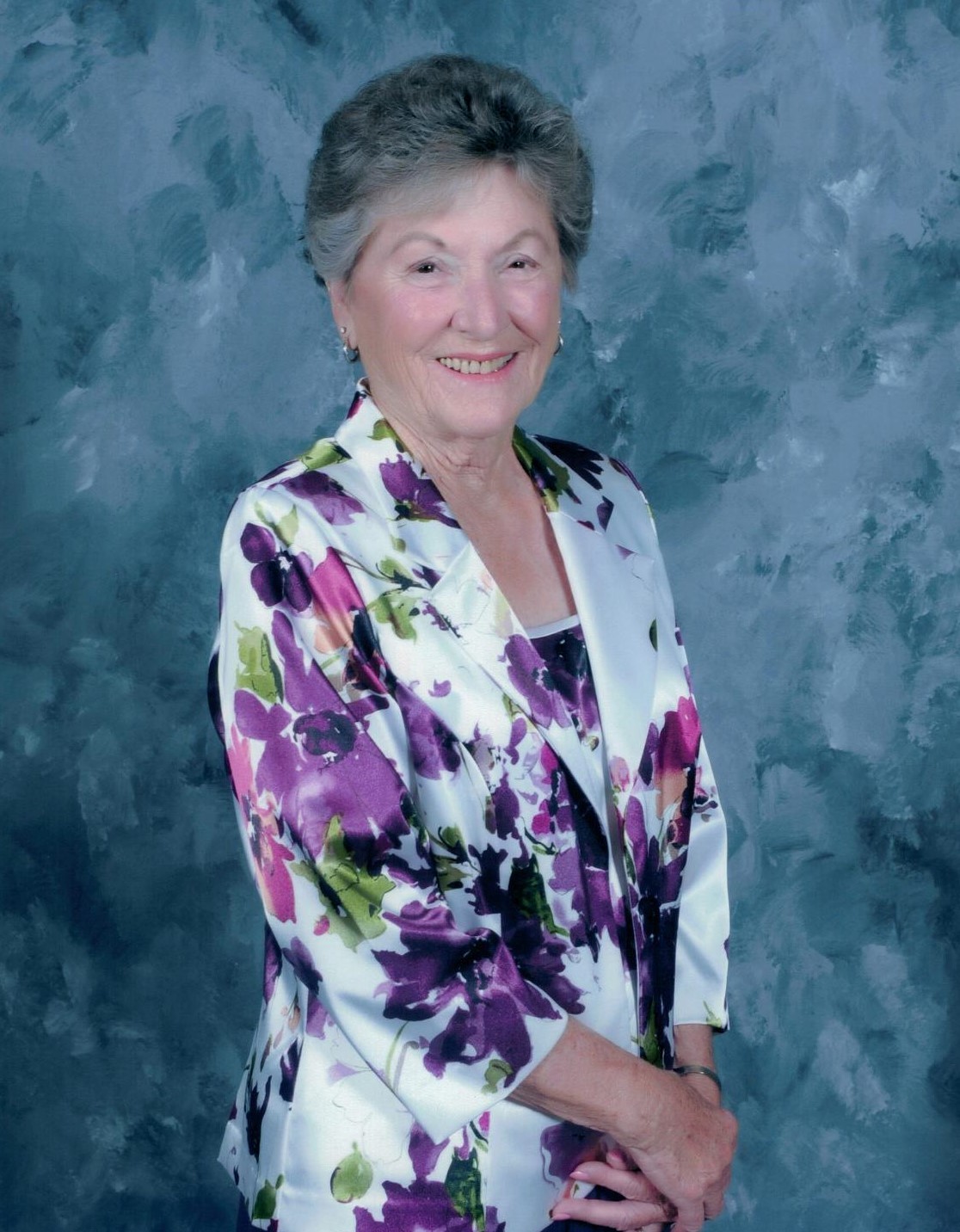 Reba Jean Montgomery originally from Noblesville, Indiana passed away on October 11, 2014 at the age of ?77 with her loving family by her side.

Reba was born to the late Bill and Eula Walker in Livingston, Tennessee on March 24, 1937. Reba was a 1955 graduate?of Noblesville High School in Indiana. ?Reba retired from Noblesville Firestone Industrial Products after 32 years in 1991.

She was the Secretary to the President as well as other positions through out her career at Firestone. Reba was a past member of the Noblesville?Christian Church.

Reba is survived by her loving husband of almost 59 years, Howard (Howdy). They were blessed with two wonderful children Ron and his wife, Julie of Parrish, Florida and Brian who passed away in 2009. Reba has four beautiful grandchildren, Kyle, Kristopher, Michael and Sherrie Montgomery and six great grandchildren. Reba was preceded in death by her brother Glen and has two surviving brothers Charles and James Walker.

After being snowbirds for almost 10 years, Reba and Howdy permanently moved to New Port Richey, Florida in 2001.

Reba loved to fish with Howdy and enjoyed playing golf with her family and friends. ?Her greatest passion in her life was
being with her family. ?Throughout her life she maintained a sweet and simple demeanor that won the trust and hearts of many. Most importantly her beloved Howdy, who she started dating in eighth grade. A love affair that spanned over 62 years.

Reba’s gift of joy, shown through her constant smiling and love she gave to others will never be forgotten.

A Celebration of Life Service will be held on Sunday, October 19, 2014 at 3:00 pm at Michels and Lundquist Funeral Home, 5228 Trouble Creek Road, New Port Richey, FL.