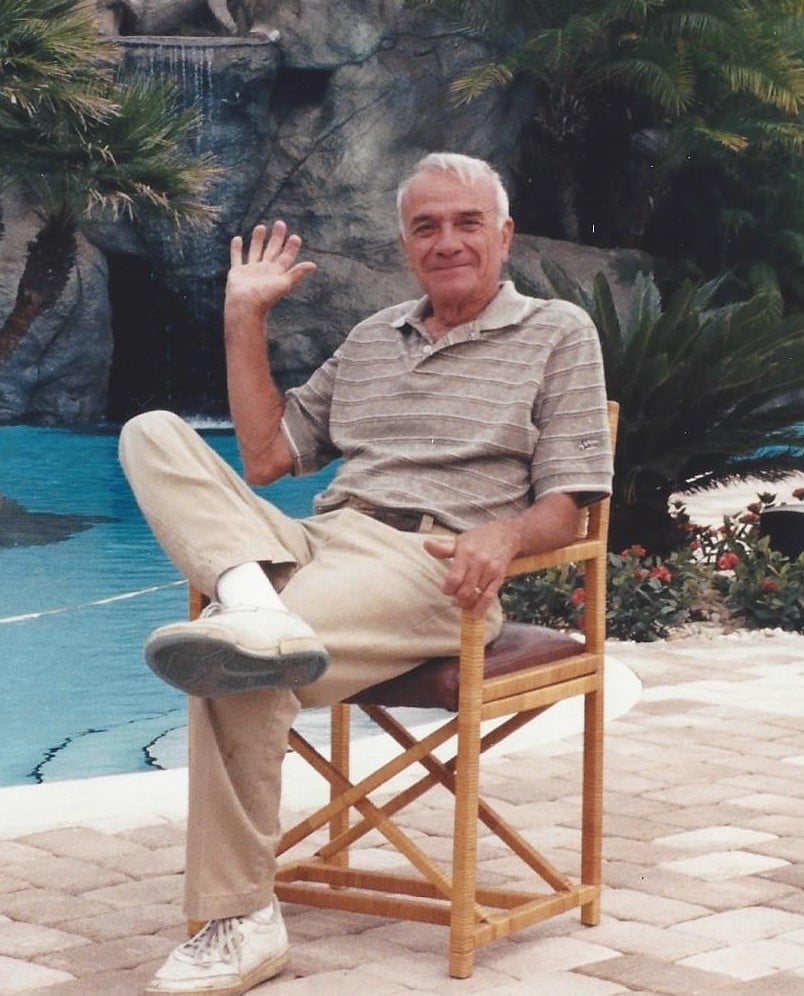 Robert “Bob” Allyn Dray passed away peacefully at home on December 1, 2021 with his loving wife Diane, at his side.

Born in New London, CT on June 19, 1929, he attended Buckley High School, Mitchell College and the University of New Haven in CT. He served his country proudly in the US Navy and was stationed in Washington, DC. Coming from a long line military men, Bob was a member of the National and the Florida Societies of the Sons of the American Revolution.

Bob was employed by Pfizer Inc. for 35 years, working in Groton CT, Southport NC, and New York City. He was one of the founders of the Pfizer Employees Credit Union, now known as Scient Federal Credit Union, serving on the Board of Directors and as past president. Bob was very involved in the credit union movement and also served as an alternate Director and Program Chairman for the Eastern Chapter of the Connecticut Credit Union league.

Bob had a blessed life and volunteering was his way of giving back. Always community minded, he volunteered in Groton as a Little League coach and manager for many years; he was Chairman of the Town Recreation Commission, and a member of the City of Groton Planning Commission. In addition, he was a member of Knights of Columbus and Elks Club #2163 in Groton, CT. A former resident of the Woodfield Community in Tarpon Springs, FL, Bob worked on many committees and served as president for many years. He also served on Pinellas County Code Enforcement.

He leaves behind a legacy of love, caring and devotion. He was a man of great faith and prayed every day for those he loved. He would sometimes say, “I added ‘so and so’ to my prayers. They’re going through a rough time.”

He was preceded in death by his parents Rosalie Facas and Edward Dray; and brothers Gleason, Edward Jr., Gary, and William.

He is survived by his loving wife of 46 years, Diane (Arbaszewski); sons Robert Jr. (Cyndy) of Ledyard, CT and Mark of FL; grandsons Joshua (Demetria) of Asheville NC and Travis of Stonington, CT; and great-grandchldren Levon and Gladys, his Goddaughter Barbara Ann Spicer of Groton CT, numerous nephews, and his best friend, David Bechtel of Hudson, FL.

The family extends a huge sense of gratitude to his family physician, Dr. Amir Shirmohammad of Trinity, FL; and to Maureen Diorio and Iris Yasso from Suncoast Hospice who also provided him with exceptional care.

In lieu of flowers, donations may be made to the Hospice “Pearl Team” who took excellent care of Bob.  https://suncoasthospicefoundation.org/donations/

Checks may also be sent to Suncoast Hospice Pearl Team, 5771 Roosevelt Blvd., Clearwater, FL 32760. The memo should include ‘Pearl Team’ and in memory of Robert Dray.

Private services will be planned for a future date.