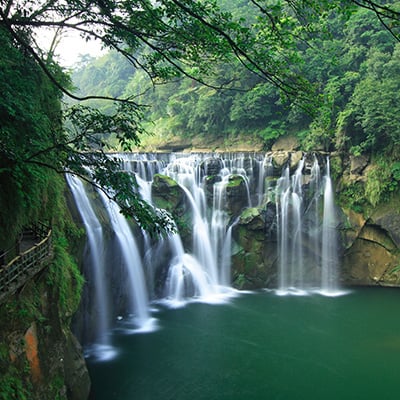 During the Korean war, Don enlisted in the United States Navy where he served in Japan as a radio operator and earned the National Defense Service Medal. In 1957 he was a correctional officer at San Quentin State Prison in California.  He then was employed in 1967 by the Office of Public Safety where he was assigned as the principal advisor to the Director of Corrections in the Republic of South Vietnam, all the while visiting weekly with his family who lived in Taipei, Taiwan.

After Don’s retirement in 2004, at the age of 69 he began two years of employment as a civilian contractor where he was senior advisor to the Iraqi Director General of Corrections stationed in Bagdad where he closed down the infamous Abu Ghraib Prison.   Then, after two years of fishing and golfing, he again returned to Iraq in a higher position for another two years.    Finally, in 2011, he and Shirley fully retired to enjoy the rest of their lives in Florida.

During their 58 years of marriage, Shirley served on many committees, was a writer who self published three books, and owned a formalwear business, but she would tell you that her main job in life was to raise her two children and “hold down the fort” so Don could tend to his calling.   She was a very loving and dedicated mother and wife.

A private burial was held at Sarasota National Cemetery in Sarasota, Florida for both.