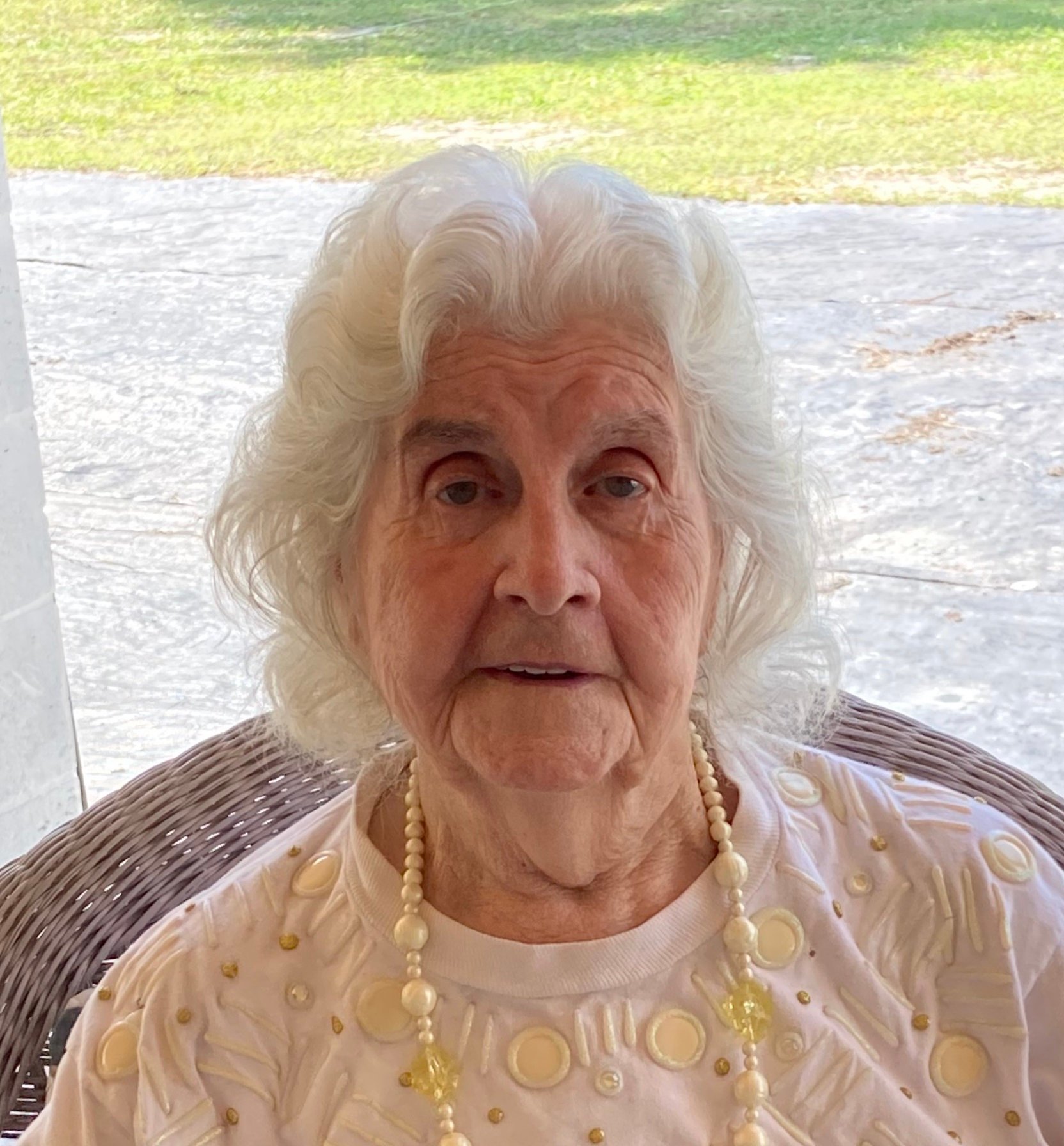 Thelma Margaret Mains Smith, of New Port Richey, Florida, passed away peacefully in her
home, with her daughters, Sheila and Georgiana, at her side on March 12, 2021, at the age of 99
years, Eight months.

She was born on her father’s birthday, July 5, 1921, in Assyria, Michigan, to Hazel Breakey and Emory Mains, the eldest of four children. She attended school in Reading, Michigan, where she met Leslie W. Smith, becoming his bride August 28, 1939. Together they had six children. When her oldest daughter settled into college life, she and her husband left Michigan for a warmer climate in 1959, ultimately settling in New Port Richey, Florida.

Her Story: At a very young age, on Saturday evening, her mother would take her to Grandma
and Grandpa Breakey’s house, where she would spend the night. Sunday morning, Grandpa
Lewis Breakey would drive her into Marshall and past the beautiful fountain, dropping her off at
the corner (probably at Grand & Mansion) and she would walk down the block to First
Presbyterian Church. Her Sunday school teacher, Aunt Adeline Booth Gauss and her two
daughters: Thelma and Fairy, would greet her. After Sunday school, she would walk back to the
same corner and Grandpa Lewis would treat her to an ice cream at the local soda shop and then
take her home.

She was baptized in “Hog Creek” by the Minister of the “Freewill” Baptist Church, in Dayburg
settlement in Butler Township, at about age seven. All her life she felt it was important to attend Church. Over the years she had joined and was active in First Presbyterian Church, Jonesville, Michigan and The Lutheran Church of New Port Richey. After she gave up driving, her friends from the Lutheran Church always made sure she had a ride. Outliving these lovely ladies, she often attended Hope United Methodist Church with her daughter, Georgiana, as well as The Church of Jesus Christ of Latter-day Saints, New Port
Richey, with her son, Les and family. One of the highlights of attending with her son’s family was the friendliness and kindness showered upon her from everyone. She greatly enjoyed hearing the ‘messages’ presented by her grandsons and great grandsons and hymns presented by her great granddaughters.
It was difficult for her to accept the idea of giving up attending Church due to Covid-19.

She was an avid fan of old John Wayne westerns, and Chuck Norris television programs. Her favorite pastime was playing a card game “stack-um” and was always pleased when her visitors would win. She enjoyed putting together 1000 piece jig saw puzzles when someone would work with her, usually her son, Les.

When she no longer had a car she took up daily walking. At least once a week would walk to McDonalds at Southgate Shopping Center for a 50-cent senior coffee. This was a 5-mile round trip. She enjoyed meeting new friends there. In her mid-70s her walking skills improved, and along with other family members, she entered the Fourth of July Midnight Run across the Dunedin, Florida Causeway. She took 1st place in her age division. She decided one trophy was enough and quit racing while she was ahead.

Her mother Hazel, lived to be 103 yearrs old, and so Thelma looked forward to her own 99th birthday. She often mentioned she was ready to go anytime, but it was the great joy she felt holding each new Great -Great- Grandchild that helped her to look to the future. She also enjoyed frequent visits by family members.

She was a miracle survivor: Shortly after her 99th birthday she contracted COVID-19 and was hospitalized for a week in two different hospital Covid units with little hope for survival until her son, Les, asked if he could take her home. Thanks to the excellent 24/7 care by Les and his wife Debbie, and their family. She recovered to full complete health, even stronger than she was prior and was able to return to her own home October, 2020 with her daughters, Sheila, and Georgiana, keeping her company 24/7 so she would not be alone. After her recovery she was convinced that God wasn’t done with her yet. Another little baby to hold.

She was preceded in death by her husband of almost 50 years in 1989. Her brothers, Ray “Junior” and Donald Mains.