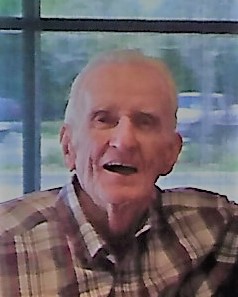 Garvey Sr, Thomas A, 89, of Lutz, passed away peacefully at home on December 15, 2017. Thomas was born on July 8, 1928 in Lowell, Massachusetts. He was the son of the late, Thomas and Elizabeth Garvey. Thomas courageously served in the United States Army during World War II and the Korean War. He went on to work as a banker for Lowell Five Bank and was known as a great business man. Thomas moved to Florida in 2017, coming from St. Louis, Missouri.

Thomas loved living in Florida and was loved by everyone he met. He was a lifetime member of the VFW and enjoyed playing golf and collecting coins. In his spare time, he enjoyed watching football, baseball, and hockey. His favorite teams were the Boston Red Sox, New England Patriots, Boston Bruins, and Tampa Bay Lightning.

Thomas is remembered as a very outgoing person who was nice to everyone he met. He will be greatly missed by everyone who knew him. Thomas is survived by his loving children, Thomas Garvey Jr., James Garvey, and Cathy Lefevae; grandson, Robby; brother-in-law, Ralph McGaury; sister-in-law, Jean Doherty; and several grandchildren in Kansas City, Missouri.

Thomas will be laid to rest with his fellow comrades in the Massachusetts National Cemetery later in the Spring of 2018.