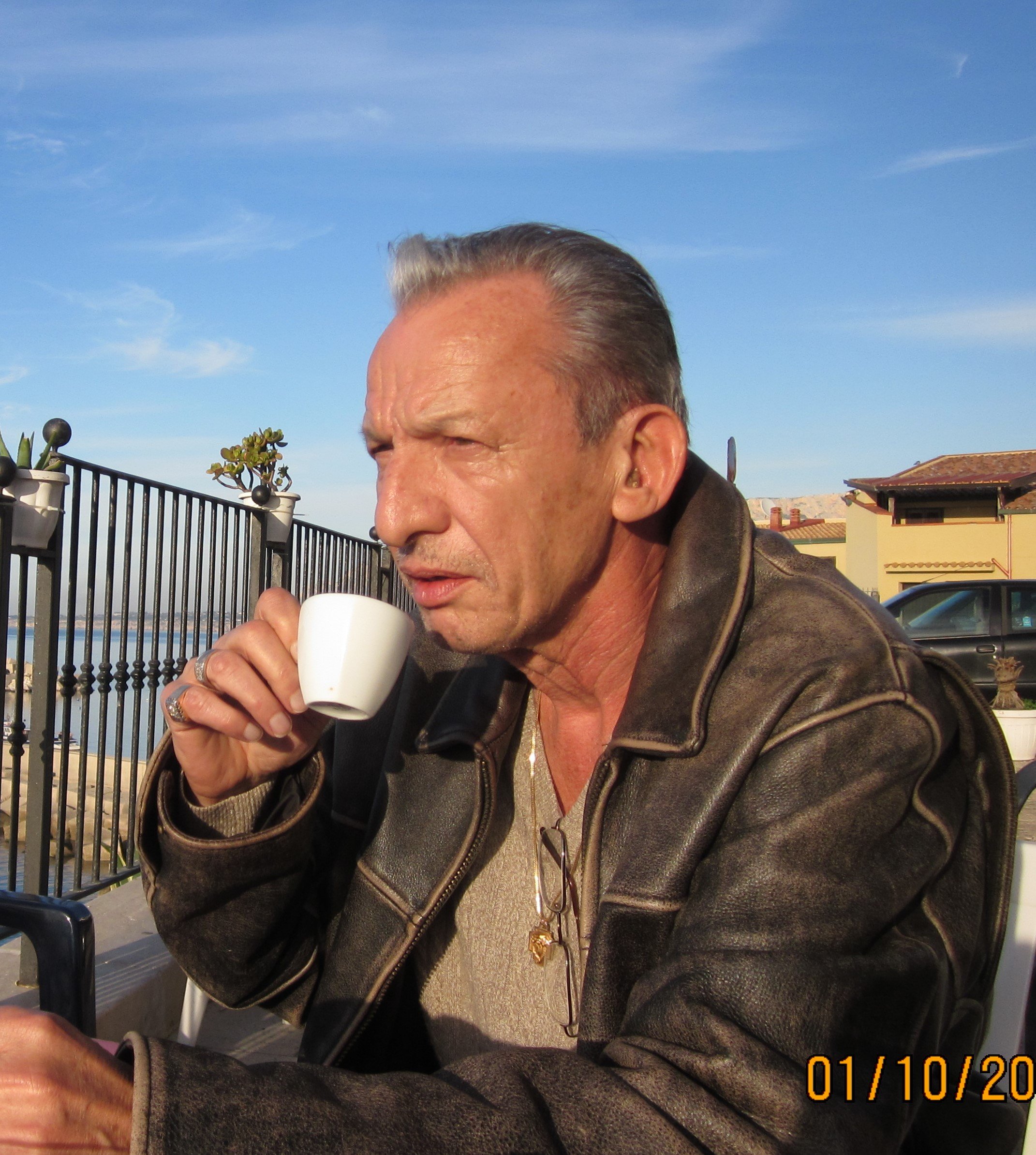 Vito Dominick Scaglione, age 74, of Holiday, passed away October 9, 2021. He was born May 16, 1947 to Paul Scaglione and Margherita DiFranco in New York City, NY. He owned and operated Romeo & Juliet Barber Shop for many years until he retired to Florida in 2007. Vito served proudly in the US Army in his youth. He is Catholic by faith.

Vito had two great loves in his life. He met his first love during a trip to Rome in the early 70s, Giovanna. He described their meeting like the Fourth of July. They had many beautiful years together with their sons until her passing in 1998. Vito met his last love, Michele, in 2000 and they married in 2004. He was so blessed to share his life with two women he truly adored.

Vito had a special twinkle in his eye. He was always laughing and smiling, and he wanted the people around him to join in. He was quick with a joke and never had a bad word for anyone. He was wonderfully genuine and was very family oriented. He always wanted to make sure his loved ones were well taken care of. Vito loved to fish. Any day he was fishing was a good day. His passion, though, was his art and his music.

Aside from his parents, Vito is preceded in death by his spouse, Giovanna Rappa Scaglione. Vito is survived by his loving wife, Michele Scaglione; his sons, Paul (Gina) Scaglione and Emmanuel (Michelle) Scaglione; his daughter, Danielle (Gerardo) Mayol; his sister, Agatha (Don) Nunfer; his niece and nephew, Michele and David Pollet; his grandchildren: Anthony, Isabella, Vito, Julietta, & Sabrina; and his broken-hearted canine companion, Bootsee.