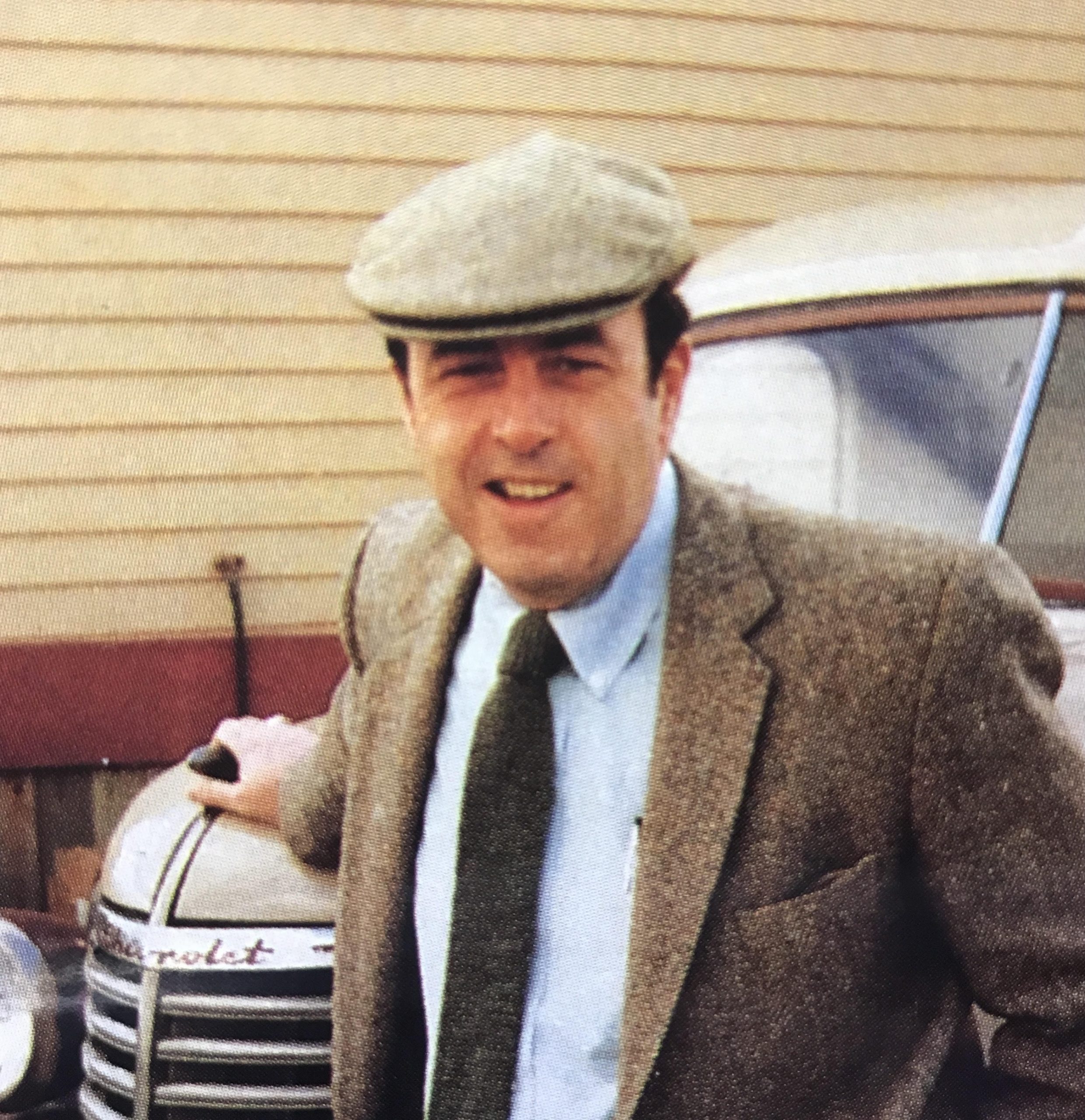 Jim proudly grew up in Rochester’s Nineteenth Ward with fond memories of boyhood adventures such as “canal jumping” on summer days with his buddies. He was a graduate of West High and later earned a Business degree from the University of Miami. He joined Sigma Alpha Epsilon and worked as the SAE president. During the summer break Jim did road construction for Rochester’s famous “Can of Worms” and on occasion was paid to stay overnight at the WHAM radio tower. While at Miami, Jim met his sweetheart, Jane Wier. They married, moved to Fort Bragg during the war, then settled in Oshkosh. Jim loved going to Green Bay Packer games and boating on Lake Winnebago. Jim had an insurance company as well as a “tavern” which was located on a runway, used for airshows. Lady Fortuna was not in his favor. Jim relocated to Rochester and began working at Hallman’s Chevrolet, which launched a long career working in the car and truck sales industry. Then, after more than twenty years apart, he was reunited with Jane at their daughter’s wedding. Jim moved to Atlanta to be with Jane and started a new career as a Social Security adjudicator. Ten years later, Jane was diagnosed with cancer, and Jim lovingly cared for her, dedicated to the end. Heartbroken, he moved back north; living between Victor and Canandaigua Lake. While in his late 70’s, he found his dream job, working in a horse barn located in the foothills of the Bristol mountains. He loved working outside and being surrounded by the horses and barnyard happenings. Jim spent part of the winter in Florida, eventually making it his permanent home. Upon turning 80, Jim decided it was time to get a job at a funeral home; which he loved. He found being a momentary support for families very rewarding and enjoyed his fellow staff members. He was pretty geared up one day after work, reporting that he had been given the opportunity to drive the hearse for a funeral service. If you know Jim you can probably conjure up images of this experience. Much like Peter Pan, Jim did not want to grow up or grow old but James Dean was more his style. They shared a favorite quote, “I want to live fast, die young and leave a good looking corpse.”

Jim loved Ireland, water, dogs, Notre Dame, baseball, learning, and most of all- people. He enjoyed making connections with others and had a very giving spirit working for various charities and food banks throughout his life. Jim lived by a motto, “When you help someone, you help yourself,” Jim knew it’s hard to stay feeling low when your busy helping someone else. Jim had the Irish gift of gab and could talk to anyone, anywhere about anything. Jim was a lifelong Catholic who relied on faith to help him through the hills and valleys of his life. The most important words Jim repeated throughout life were the words to “The Serenity Prayer”. Jim had faith that God would help him accept things that could not be changed, courage to change what was needed and the wisdom to know the difference. Jim was a member of the Knights of Columbus and the American Legion. Family and friends will truly miss Jim’s wise advice, joking sense of humor, and comforting open arms.

If you would like to be included in the details of the upcoming services, please send an email to [email protected]

In tribute to Jim, please consider “paying it forward” for a person in need.