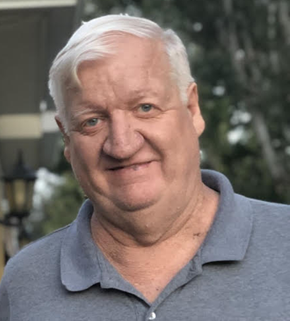 He is also survived by his siblings: Sherry Bullock of Scottsboro, AL., Dennis (Karen) Burton of Hollywood, AL, Valerie (Wayne) Thompson Athens, TN, Lisa (Philip) Sullivan of Hytop, AL, Holly (Josh) Webb of Dutton, AL, sister-in-law Cindi Burton of Bagdad, KY, including many more friends and family whose hearts have been touched along the way.

Bill was born in Harvey, Illinois where he would later attend Thornton High school. In 1972, he made his forever home in New Port Richey, Florida with the love of his life Carmella. Bill was a hard worker his entire life, working for many different companies but most notably at Cosmo Truck Building for 25 years in Tampa before establishing his own family owned and operated sign company in 1998.

First visitation will be held in Florida at Michels & Lundquist Funeral Home on Wednesday, September 15th, 2021 from 4-7pm at 5228 Trouble Creek Road in New Port Richey.

Second visitation will be held in Alabama at Scottsboro Funeral Home on Friday, September 17th, 2021 from 5-8 pm at 1502 County Park Road in Scottsboro.

The Funeral service will be held on Saturday, September 18th at Scottsboro Funeral Home at 2pm with burial service to follow at Hytop Cemetery.

He will be forever loved and never forgotten.